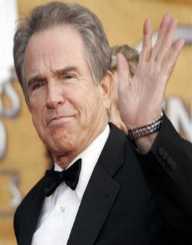 Henry Warren Beatty was born in Richmond, Virginia, to Ira Owens Beaty and Kathlyn Corinne, on 30th March 1937. His father, Ira, was a school administrator, having a Ph.D. in Psychology, and his mother, Kathlyn, was a drama teacher. His grandparents were also teachers. Warren has an older sister, also a famous actor, named Shirley MacLaine, and although their parents and grandparents were all from the education sector, both Beatty and his sister chose to go into entertainment.

Beatty attended Washington-Lee High School in Arlington, Virginia, and was a very talented footballer. He was offered several football scholarships, but stayed true to himself and went on to study the liberal arts at Northwestern University. His sister, Shirley, had also become a Hollywood star by this time, and this also encouraged Beatty to follow her into the movie industry. Only a year into his university studies he dropped out, moved to New York, and studied acting under the well-regarded Stella Adler.

It is worth mentioning that Warren Beatty enlisted during 1960, in the California Air National Guard. In 1961, however, Beatty was discharged because of a physical disability. He was on inactive duty after this time.

Warren Beatty's career has been extended and illustrious and has lasted the best part of six decades. Being a talented actor, Beatty is also a director, producer, and writer. He has been known to take on all four roles at the same time, a feat that very few have achieved, let alone mastered as Beatty did. His sister, Shirley, believes it is due to their father’s drinking problem, that Beatty likes to be in control of everything as an adult.

Beatty started with various television roles in the 1950s. He took on his first Broadway role in 1959 in a drama called ‘A Loss of Roses,’ and then moved on to his first movie role in 1961, which was named ‘Splendor in the Grass.’ The role he played in this movie got him nominated for his first Golden Globe award as Best Actor.

Warren Beatty starred in many movies over the years, quite often producing or directing, or both. Some of the movies he wrote as well. His leading ladies were the stars of his time – Natalie Wood, Elizabeth Taylor, Halle Berry and Annette Bening, to name but a few. In later years, he married Annette Bening.

Although Beatty was a Hollywood favorite for many years over many movies, his movie ‘Town and Country’ turned out to be a flop at the box office, and the fall-out kept Beatty away from the movie scene for many years after that. Beatty was prolific in his movie making. He did eight movies in the 1960s, and seven in the 1970s. He slowed down considerably after that with two in the 1980s and four in the 1990s. There were only a few more after that time.

Warren Beatty's first major success was in 1967 with ‘Bonnie and Clyde’ which he starred in as well as producing. The film received critical acclaim as well as being a box office success, and Beatty received ten Academy Award nominations.

There were various films before and after ‘Bonnie and Clyde’, but the next major success was in 1978 with a movie called ‘Heaven Can Wait’. Beatty once again starred in the movie as well as producing it and this time he also co-directed. There were nine Academy Award nominations for the film.

In 1981, Warren Beatty directed, produced and starred in ‘Reds’ which was about an American Communist journalist called John Reed. This was acclaimed as perhaps the pinnacle of Beatty’s work. He also wrote the movie and spent over ten years researching and then writing. The film was nominated for 12 Academy Awards and won three of them.

One of the most successful films of 1990, was Dick Tracy. Once again, Beatty produced and directed the movie as well as starring in it. The movie was nominated for seven Academy Awards and won three of them.

‘Bugsy’ was one of his last major performances on the screen. The movie was released in 1991. Beatty starred in the film as well as produced it. There were ten Academy Award nominations.

Warren Beatty has received many awards and honors, both within the filming industry and outside of it. Some of his more prominent achievements include:

1975    Star of The Year (The National Association of Theatre Owners)

2013    Inducted into the California Hall of Fame

Warren Beatty has also received the following honors for his work:

As a youngster, Warren Beatty was influenced by different television shows and movies. By his admission, two films that moved him and had a considerable impact were ‘The Philadelphia Story’ with Katharine Hepburn, and ‘Love Affair.’ This movie starred his favorite actor, Charles Boyer. He also loved watching ‘Texaco Star Theatre’ on television.

His other influence, of course, was his older sister Shirley. Warren Beatty used to accompany her at times when she went to work with her acting, and this is partly where his desire stemmed from to become an actor himself.

Warren Beatty has been linked with several high-profile women over the years and has received plenty of press due to the relationships. Some of these included Madonna, Carly Simon, Princess Margaret, Jane Fonda, Brigitte Bardot, Mary Tyler and Jacqueline Onassis. There were many others.

Beatty has also been involved politically for many years with the Democratic Party, at one stage travelling extensively and helping to organise fundraising.

Warren Beatty married one of his leading ladies, Annette Bening, in 1992. They have four children together, two boys, Stephen and Benjamin, and two girls, Isabel and Ella. Stephen was born Kathlyn, but in 2006 announced he was transgender.

It is evident from all his awards and honors, that Beatty has played a very active role outside of his acting career in trying to better society. One would assume that he feels a sense of duty to give back to the community. From all the honors awarded, we can believe he has done excellent work in this regard. Whether political or otherwise, Beatty has contributed much to a wide variety of causes, with society benefiting from his work.