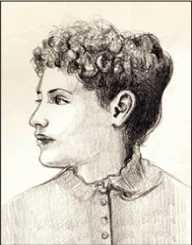 Johanna Mansfield Sullivan Macyalias Anne Sullivan was born on April 14th in 1866. She is best known for her teaching career and particular for helping Hellen Keller to learn to read and write. When Sullivan was only five years old, she was diagnosed with trachoma. At the time, this was an eye disease that was highly contagious. Unfortunately, it left her blind without being able to read and write. Later in her life, she enrolled at Perkins School for the Blind. Upon graduating from the institution, she went ahead and tutored Hellen Keller. She was only 20 years old when she began teaching Keller.

Anne Sullivan was born on April 14th, 1866. Her place of birth was in Feeding Hills, Agawam in Massachusetts. She was the first born child of Alice and Thomas Sullivan. At the age of five, Sullivan contacted a deadly eye disease called trachoma. With time, the infectious disease affected Sullivan to the extent that she was partially blind. Three years later, her mother passed away leaving them to be raised by their father. Sadly, their father also abandoned them for fear that he couldn’t manage to raise the kids on his own. As a result, Sullivan and her brother went to be raised by a charitable institution located in Tewksbury, Massachusetts.

Her brother, James, also passed away after a few months of staying at the school. He had been suffering from a weak hip disease.

In spite of her blind condition, Anne Sullivan tried her best to earn a living. Initially, she tried out being a housemaid which proved unsuccessful. After that, she crossed paths with another blind person who informed her of a school that taught the blind. She was deeply motivated that she could get the chance of studying at the Perkins School for the Blind located in Boston. Therefore, she had to convince her home inspector called Franklin Benjamin Sanborn. In late October 1880, Sullivan began taking her studies at the school for the blind.

Anne Sullivan was also lucky enough as she went through some eye operations which helped her in easing the pains she was experiencing. Six years later in June 1886, she successfully graduated from the school.

Upon graduating from the school, Anne Sullivan landed on a recommendation to go and help Arthur Keller in teaching his daughter who was deaf and blind. This was a recommendation that came from the director of the school where Sullivan was studying. Sullivan was to go and teach the seven-year-old Hellen Keller. She began working as Hellen’s teacher in March 1887. This gave rise to a relationship that would last for 49 years. From being a teacher, she slowly graduated and became a governess. With time, her relationship with Keller grew stronger, and she was her closest companion.

Due to Sullivan’s progress in teaching Keller how to read and write, she helped in landing donations for the Perkins School for the Blind. This was after Keller enrolled with the institution. With time, the institution grew to be recognized as one of the best schools for the blind in the entire country.

On May 3rd, 1905, Anne Sullivan wedded John Albert Macy, an instructor in the Harvard University. Their marriage lasted for a few years before they broke it off in 1914.

Due to Sullivan’s determination in getting an education and helping Keller, she along with Keller were honored by the Educational Institute of Scotland. Temple University also offered them honorary degrees as a sign of appreciation in helping the world become a better place regardless of their blind state. The Harvard University offered Sullivan with an honorary degree in 1955.