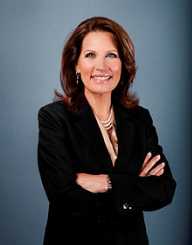 American politician Michele Marie Bachmann was born as Michele Marie Amble on April 6, 1956, in Waterloo, Iowa, United States of America. She was born in a middle-class family of Norwegian ‘Lutheran Democrats having a Midwest origin. At the age of 13, she relocated to Brooklyn Park, Minnesota along with her father David John Amble and mother Arlene Jean. Her parents divorced in 1970. Upon the divorce of her parents, Michele accompanied her mother to Anoka, Minnesota. Her mother was employed with the First National Bank in Anoka. Both her parents remarried soon after their divorce. Her father moved to California after the remarriage. Arlene Jean, Michele’s mother, married Raymond J. LaFave, a widower and eventually raised a family of nine children.

Michele received her high school graduation in 1974 after having studied at the Anoka High School. A meritorious student, she always remained a popular Straight - A student during her school days. Besides studies, she also took a deep interest in modeling as well and won the title of Miss Congeniality in the Miss Anoka competition. Upon her high school graduation, she spent a summer working on Kibbutz Be'eri near Be’er Sheva in Israel.

She received her B.A. degree in 1978 from the Winona State University located in southeastern Minnesota. She took a break of one year after obtaining the degree due to her marriage. In 1986, Michele secured a Juris Doctor (JD) degree from the Oral Roberts University (ORU). Prior to her securing the degree, she studied law as a member of the first class of the O. W. Coburn School of Law, which is a part of ORU. She added an LL.M degree in tax law in her already burgeoning educational qualification having earned the said degree from William & Mary Law School in 1988.

She began the journey of her career working as an attorney for the Internal Revenue Service (IRS) of the United States in 1988. She served the post until 1993 and left the job to become a full-time mother after the birth of her fourth child.

JOURNEY AS A POLITICIAN

AS A STATE SENATOR

In 1976, Michele was part of the Presidential campaigning team of the victorious Democratic Presidential candidate Jimmy Carter. However, she became a Republican after reading a novel ‘Burr’ written by liberal writer Gore Vidal. Indulging in local politics, Michele started protesting against abortion clinics by participating in different sidewalk counseling and pro-life protest events. Later she also raised her objection over the state-mandated educational standards. She was elected as a member of the Minnesota state Senate representing the 56th district. She triumphed over Ted Thompson of the ‘Minnesota Democratic-Farmer-Labor Party’ (DFL) and Lyno Sullivan of the ‘Minnesota Independence Party’ in the November 2000 general election and subsequently assumed the charge of the Senator on January 3, 2001. Michele held the post until January 2, 2007, after having won the senatorial election for the second time in late 2002.

AS A US HOUSE OF REPRESENTATIVES

She assumed the office of the United States House of Representatives on January 3, 2007. Michele succeeded Mark Kennedy from the 6th district of Minnesota thus becoming the first Republican female candidate ever to represent the US Congress from Minnesota. She held the position until January 3, 2015.

Throughout her career, she courted controversies for her outspoken views on conservatism in both social and fiscal arena. Michele attracted notoriety for her hyperbolic style of rhetoric. She was staunchly against gay rights and abortion. She unsuccessfully opposed legalizing gay marriage during her tenure as the Minnesota State Senator. Her extravagant lifestyle was also criticized bitterly by many people. She was one of the fiercest, most outspoken and bitter critic of President Barack Obama during his eight years of presidency.

Michele married Marcus Bachmann, a clinical therapist, on September 10, 1978. They were in a long-standing relationship since their undergraduate days. The couple has five children together. They started providing licensed foster care to children since 1992. Mandated to provide foster care to a maximum of three foster children simultaneously, they have earned the distinction of becoming foster parents of 23 teenage girls so far. The couple also provides ‘Gay conversion therapy’ in their Christian counseling institute titled ‘Bachmann & Associates'.