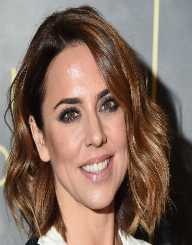 Melanie Jayne Chisholm is known on stage as Melanie Cor Sporty Spice is a former member of the pop group Spice Girls. Born on January 12, 1974, is also an actress, television personality, and entrepreneur. She began her professional music career as a member of the Spice Girls in 1994. The Spice Girls achieved immense success with their maiden album, Spice, selling over 31 million copies worldwide.

Melanie J. Chisholm went on a solo in the latter part of 1998with the hit song When You’re Gone featuring Bryan Adams. The following year, she came out with her debut album, Northern Star on Virgin Records. The album was an instant hit with over 4 million sales worldwide. It was number one on the chart inSweden and placing 4 in the UK Album Chart. The album was classified platinum in 7 countries and gold in three countries. In March 2003, she released the second album, Reason, selling over 500,000 copies. Chisholm left Virgin Records to form Red Girl Record in 2004.

Her third album, Beautiful Intentions was released under her record label. The album did well by selling over 1.5 million copies worldwide and certified Gold IFPI Switzerland and BVMIand platinum by the AFP. Chisholm has sold over 20 million records as a solo artist.

Melanie Jayne Chisholm was born to Alan Chisholm and Joan O’Neill on January 12, 1974, in Whiston, Merseyside. She was the only child of his parents and raised in Rainhill, Merseyside. Her father was a fitter at the Otis Elevator and her mother a secretary and personal assistant. Joan was also a singer who has been singing in music bands since age 14. Alan and Joan divorced in 1978 when Chisholm was about four years. Chisholm received education from Brooklyn Junior School and continued at the Fairfield High School.

After her graduation from high school, she enrolled at the Doreen Bird College of Performing Arts for a diploma course in dance, drama, singing and musical theatre. She left college without completing the three-year course. Melanie J. Chisholm later received teaching qualification in tap and modern theatre dance from the Imperial Society of Teachers of Dancers.


A Career With The Spice Girls

While in colle ge, Melanie Jayne Chisholm responded to an advertisement in The Stage magazineseeking candidates for a new girls group. This group will become the Spice Girls. After sorting of the about 400 candidates, Chisholm, Victoria Beckham, Geri Halliwell and Melanie Brown were chosen to form a quintet with Emma Bunton. The group broke with Heart Management for lack of a formal contract and signed to Virgin Records in 1995.

In 1996, they released a debut single Wannabe, which was very successful. It attained the number sport on charts in about 37 countries. This gave the Spice Girls a global appeal. It was followed by the debut album, Spice, which was a huge commercial success. The album sold more than 31 million copies globally making history as the best-selling album by a female group.

The album was number one in 17 countries and gained a multi-platinum status in 27 countries. They followed it with the second album Spiceworld selling over 20 million copies. In all, the Spice Girls has sold over 85 million records placing them in history as the best-selling female group of all time. They are also the biggest British pop art since Beatlemania.

On October 18, 1999, Melanie Jayne Chisholm released the debut solo album Northern Star on Virgin Records. The album was successful selling over 4 million copies globally and attaining triple platinum in the UK. Chisholmembarked on the From Liverpool to Leicester Square tour to countries like US, Australia, Germany, Spain, France, Denmark, Canada, and Germany among others. From late 2000 to August 26, 2001, she embarked on the Northern Star Tour in 30 countries to support the album.

On March 10, 2003, Melanie Jayne Chisholm released her second album Reason, after postponing it twice. The postponement of the release dates resulted from Chisholm’s struggle with clinical depression. The Reason was certified Gold in the UK. It had hit singles like Here It Comes Again, which was number 7 in the UK and reached the top 20 in Ireland and Spain.

Melanie Jayne Chisholm had disagreements with Virgin records, and on January 1, 2004, she was dismissed from the label. She went ahead to form the label Red Girl Records in April 2004. The label was to take care of her future projects and managerial work. Her first album under Red Girl is Beautiful Intentions released on April 11, 2004. Producers of the album include Guy Chambers, Greg Haver, and Paul Boddy. Chisholm wrote 11 out of the 12 songs on the album. The album reached number 24 in the UK and was certified Gold in Switzerland and Germany. She followed it with the fourth album, This Time on March 30, 2007. Chisholm has sold over 20 million records in her solo career.

Come Back Of Spice Girls And Later Works

The Spice Girls in a conference on June 28, 2001, at The O2Arena, announced a comeback worldwide concert tour, The Return of the Spice Girls. Each member received £10 million for the tour which started on December 2, 2007, in Vancouver. Giving You Everything was the official documentary for the reunion and directed by filmmaker Bob Smeaton. The Spice Girls released the single Headlines (Friendship Never Ends) on November 5, 2007. The tour made $107.2 million in merchandising and ticket sales. In 2008, the tour won Billboard Touring Award.

Melanie Jayne Chisholm has been in many relationships. In 1997, she was involved with Robbie Williams, but the relationship lasted for few months. She then dated record producer, Jake Davies in 1998. That same year, she was involved with Red Hot Chili Peppers vocalist, Anthony Kiedis. She left Kiedis to date Jason “j” Brown in 2000. Two years later, Chisholm dated property developer, Thomas Starr. The couple welcomed their first child Scarlet Chisholm Starr on February 22, 2009. Chisholm and Starr broke up in 2012 after ten years of relationship.

In 2013, Melanie Jayne Chisholm participated in Through Hell and High Water, alongside other celebrities like Jack Dee, Chelsee Healey, Dara O Briain, and Phillips Idowu to raise over £1 million for charity. Chisholm was in Ghana in 2014 to support the charity organization, Procter & Gamble that provides clean drinking water for African children.