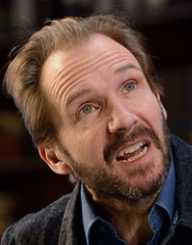 Ralph Fiennes as he is popularly called as a stage and film actor is known for his love for Shakespearean drama. He's also known for his enactment as the main character in various Shakespearean dramas like Hamlet, Coriolanus, Richard II among others. He is known to have debuted as a director with his movie Coriolanus. He got himself associated with National Theater and Open theater during the start of his career.

Ralph Fiennes later ventured into a movie where he won some international fame. He later won international acclaim as well as many prestigious awards because of his memorable portrayal of the devilish desensitized Amon Goeth. He is as at now, an accomplished actor who has appeared in various roles.

Ralph Fiennes was born to Mark Fiennes and Jennifer Lash of Ipswich, Suffolk, England. He was born on 22nd of December 1962. His father was a photographer while his mother was at that time, a writer. It seems entertainment runs in the family as his six other siblings are into entertainment too. He got enrolled in St Kieran’s College before transferring to Newtown School in County Waterford. He later moved to Salisbury to finish his school at the Bishop Wordsworth’s School.

His Career might not be as boomy as you might expect but he is a well acclaimed international man. Ralph Fiennes attended the Royal Academy Dramatic Art in 1983 and after graduation got connected with Open Air Theatre as well as National Theater. There, his acting career started. As of 1992, he started his film career by playing in a movie version of Emily Bronte’s Wuthering Heights. He later got an opportunity to play a controversial role in the Baby of Macon. He played it well and was given a career deciding role to play.

Ralph Fiennes then played and portrayed a devilish desensitized Amon Goeth in Schindler’s List. He also gave another beautiful and wonderful performance in The English Patient. After this, he was nominated for an Oscar for playing a lead role in the movie. The 1990s saw him doing great movies all over. He, however, did various movies like The Avengers, Oscar, and Lucinda, and voiced in The Prince of Egypt.

In 2000, he chose to come back to the root to play on the stage. Ralph Fiennes then staged the William Shakespeare’s Coriolanus and Richard II>At that period, he also made a television appearance on a documentary drama on the life of Proust, a writer. He also starred in an award thriller Spider as well as Red Dragon. He was later given a role to star as a lead villain in Lord Voldemort. He also got starred in Harry Potter as well as the Goblet of Fire. In the same 2005, he starred in the Constant Gardener. It was filmed in the Kibera slum. The crew started the Constant Gardiner Trust to provide the people there basic education. He, however, worked in the following films in the 2000s, Faith Healer, In Bruges and the Duchess.

His major work is in the perfect characterization of Amon Goeth in the Steven Spielberg’s drama on the Jewish Massacre, Schindler’s List in 1993. This role got him noticed by international filmmakers as well as local filmmakers.

Ralph Fiennes, in 1993, got married to Alex Kingston, an English actress that he has been dating for ten years. The couple met as students at Royal Academy of Dramatic Art but later got divorced in 1997. Before the divorce, he was an English actress, Francesca Annis whom he met in 1995 for the first time during his Shakespearean plays. The duo dated for eleven years before splitting up in 2006.

For records, Ralph Fiennes is a UNICEF UK ambassador and has done a considerable amount of work in Romania, Uganda, and Kyrgyzstan. He is also known to be the eighth cousins of the Prince of Wales as well as the third cousin of Ranulph Fiennes the Adventurer as well as author William Fiennes.