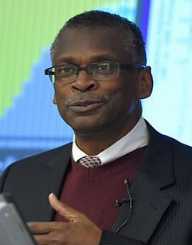 Lonnie George Johnson was born in Mobile, Alabama on October 6, 1949. The son of a former soldier, Johnson was one of the six children of the family. He learned the art of innovative creativity from his father. From an early age, he started experimenting with various ideas in his mind. Johnson loved spending hours with his siblings crafting go-carts mounted on lawn mowers. They also crafted guns that shot projectiles under pressure. After several setbacks, he created a miniature rocket launch for his school science project. He became fascinated by the dream of becoming a great inventor. He explored every opportunity he had to get a glimpse of how things work around him.

After completing his primary education, Johnson went to the all-black segregated school Williamson High School. Segregation laws barred Black students from studying in white run school. He proved a gifted student in Mathematics, science and high aptitude ability. He dreamed of following in footsteps of the famous black inventor George Washington Carver. Despite his gifted abilities and passionate ambition, his teachers reminded him not to aspire beyond being a technician. Undeterred by them, Johnson soldiered on in his quest.

In proving his detractors wrong, Johnson went for a science fair in 1968. The competition held at the University of Alabama attracted a huge white gathering. Johnson joined in as the lone black student. He presented the robot dubbed The Linex, a compressed air powered gadget. Johnson surprised many by beating the entire competition to emerge the winner.

From Williamson High, Johnson enrolled to study in another black only college Tuskegee University in 1969. In 1973, he graduated with a Bachelor of Science degree, majoring in Mechanical Engineering. In 1975, he earned his Master in Nuclear Engineering degree from the same institution.

Armed with a Master’s Degree, Johnson enlisted to join the US Air force in 1975. He was attached to serve in Strategic Air Command in Nebraska.. Johnson helped to create the stealth bomber fighter plane. Ion 1979, Johnson went to work in the NASA’s Jet Propulsion Laboratory. He assumed the role of a systems engineer for outer space missions. He worked on the Galileo mission to the planet Jupiter, followed by the Cassini mission to planet Saturn. In 1982, he returned to serve in the Air force when his mandate in NASA ended.

He conceived the idea of creating a friendly heat pump powered by water instead of the Ozone damaging gas Freon. He completed his prototype in 1982. Johnson tested his new creation in the bathroom. He pointed the nozzle of the pipe into the bathtub. He pulled the valve lever to open the valve. Johnson noted the water jetting out in a blast. He called the invention the Power Drencher.

Johnson got numerous inquiries from the neighborhood children. He decided to patent and market the product as a toy object for the children. In October 1984, he applied and received a patent for his new creation. Soliciting for a manufacturer proved to be a daunting task. Johnson left the military in 1987 to concentrate on his private businesses.

After years of searching for a partner, Johnson found a willing manufacturer in 1989. He displayed his innovation at the New York toy fair. Larami Corporation bought his idea of partnering with him. Johnson visited the Larami offices in Philadelphia and signed a working relationship agreement. Larami changed the name of the product to Super Soaker and intensified the marketing. The marketing strategy worked and sales progressed. In 1991, Super Soaker broke into the top 20 most selling toys in the world with a return of USD 200 million.

He founded a company based on research and innovation called Johnson Research & Development. He produced inventions that revolutionized the daily life of American society. Johnson patented over 50 innovations. He invented a ceramic battery and a diaper which alerted the parent with a song when soiled.

The Johnson Thermoelectric Energy Converter became the next major innovation after the Super Soaker. Johnson created the first heat engine that converted solar rays into electricity with high-speed efficiency. He believed that the solar converter could in the future replace fossil fuels in promoting renewable energy.

In 2008, Popular Mechanics gave him the Breakthrough Award for inventing the solar energy converter. In 2011, Johnson became an inductee in the Alabama Engineering Hall of Fame. He also serves on the Georgia Alliance for Children.

He received USD 73 million as royalties for the sale of Super Soaker rights to Hasbro Inc. which bought off Larami Corporation.

Lonnie Johnson made history with the invention of the Super Soaker. He created a water gun toy that broke even in the market before the incubation period. He went into the books of history as the first African American to achieve such a fate.