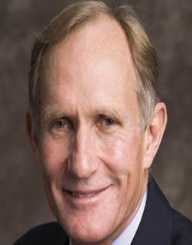 Peter Agre was born on January 30, 1949, to Ellen Swedberg and Courtland Agre. Ellen was the sixth child out of eight in her family, and Courtland had a BS and Ph.D. in chemistry. They met at church and had five children. Peter was one of those five.

When Peter Agre was a boy, he and his brother Jim were in boy scouts and received the eagle scout award at the same time. They were close growing up. They even worked summers on dairy farms in Wisconsin owned by their moms’ cousins. Peter also earned money at the Minnesota Twins and Vikings games as a concession stand salesman.

He went to Theodore Roosevelt High School. Following a year in high school, he went camping through Russia in a group lead by a young language teacher at Roosevelt named Horst Momber. This gave him an interest in international travel.

When Peter Agre finished high school, he enrolled in Augsburg college and majored in chemistry in preparation for a career in medicine. He and Jim organized and played soccer for the varsity team in his second year at collage. He and Jim weren’t the only ones to attend Augsburg. His brother Mark and sister Annetta graduated from there also. Then he went on to medical school. He also worked part-time delivering flowers at a local florist.

Peter Agre had a fascination with far-off exotic places because of the long Minnesota winters. He wished to move towards a career in tropical diseases and world health problems.

He was happy to be accepted at John Hopkins medical school. But because he finished Augsburg early he had some time before starting John Hopkins in September 1970; he traveled throughout Asia for several months.

Peter Agre met Vann Bennett from Hawaii at school, and the two became friends. They enjoyed touring the countryside on their bicycles. Other than this event, Peter, had two other exciting events happen while at John Hopkins. He met his future wife and also developed a commitment to biomedical research.

He began a summer project to purify the E-coli toxin in the lab of Brad Sack in the infectious disease group at the school. During his years in the lab, he met Mary McGill who was working in a neurovirology lab. They fell in love instantly and were married on March 29,1975.

Peter Agre completed his clinical training from 1975 to 1978 at case western university of Cleveland. Despite finding it emotionally and physically draining he loved the patients, especially when the African-American patients referred to him as their “Jive Doctor.”

In 1981 he applied for an NIH career development grant to join Vann for more research training.

Peter Agre was diagnosed with Parkinson’s disease in 2012. He also won the Nobel Prize in chemistry for the discovery of the aquaporin water channels, also known as the “plumbing system of cells” during his career. His net worth today is over Two hundred thousand dollars.