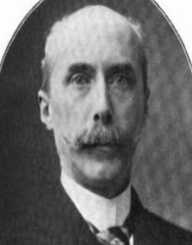 American jurist and politician William O. Douglas was born on the 16 October 1898 in Maine, Minnesota to William Douglas and Julia Bickford. His father was a Scottish Presbyterian minister. His father died in 1904, and his mother raised her three children in Yakima, Washington.

William O. Douglas was a pupil at Yakima High School and won an academic scholarship to Whitman College. He began his studies at Whitman College in 1916 but left to do his military service during World War I. After the war, he returned to Whitman College and graduated in 1920.
After teaching for two years, he enrolled at Columbia University law school (1925).

After working for legal practice in New York City for two years, William O. Douglas relocated to Yakima for a year. He then lectured in law at Columbia University and later at Yale University (1929).

President Franklin D. Roosevelt appointed William O. Douglas to the Securities and Exchange Commission in 1936. Douglas subsequently became chairman of the Securities and Exchange Commission in 1937. On 15 April 1939, President Roosevelt nominated Douglas to the Supreme Court of the United States. On the 17 April 1939, his appointment was confirmed by the Senate. Douglas went on to serve 36 years on the bench of the U.S. Supreme Court. He retired on the 12 November 1975.

After President Franklin D Roosevelt announced that he was not going to support the renomination of Vice President Henry A. Wallace at the national convention, William O. Douglas' name was on a short list of replacements. Eventually, Roosevelt chose two: Harry Truman or Douglas. Truman was nominated on the second ballot, and Douglas got two votes.

Douglas’s supporters later claim that the note Roosevelt sent to Hannegan read Bill Douglas or Harry Truman. The finger was pointed at Hannegan, a Truman supporter. After Truman succeeded Roosevelt as President in 1945 and was not particularly popular, Douglas campaigned again in 1948. Truman won the nomination and offered the vice presidential nomination, but Douglas refused the offer.

There were two attempts to remove William O. Douglas from the Supreme Court. The first one was on the 17 June 1953 when William M. Wheeler of Georgia introduced an impeachment resolution relating to the Rosenberg case. The matter was investigated by the Judiciary Committee who voted to end the investigation on the 7 July 1953. The second attempt at impeachment of Douglas was in 1970 which was led by Gerald Ford, the House Minority Leader. The second attempt at impeachment also failed.

William O. Douglas was married to Mildred Riddle between 1923 and 1953. They had a daughter, Mildred and a son, William. He later had a fractured relationship with his two eldest children.