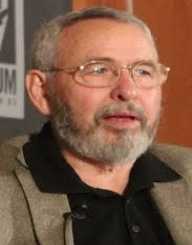 The events of the Iran hostage crisis were made public in 2007 through an article by Joshua Bearman in Weird. In 2012, an adaptation of the same events motivated the Award-winning Academy film, Argo.

Antonio Joseph Mendez was born on November 15th, 1940. His father, John George was of Mexican origin while his mother, Neva June had an Irish, Italian and French descent. Mendez went to public schools in Nevada. His family later moved to Colorado where he attended High School. He then joined and graduated from the University of Colorado.

Tony Mendez studied art at the University of Colorado. After graduation, he started working as a tool designer and an illustrator for an aerospace firm. In 1965 Mendez joined the Central Intelligence Agency (CIA) as an espionage artist. His core duties included forging documents for the agency and at the same time creating relevant disguises. Also, Mendez handled the graphical work in connection to the espionage.

Mendez lasted in the CIA for 25 years. On March 12th, 1980, Mendez received an award for his role on the Canadian Caper. He also took part in the escape plan of the diplomats by branding them as members of a Science-fiction film crew.

Tony Mendez first married Karen. Together the two had three children. In 1986, his first wife, Karen Mendez passed on. He later married Jonna Goeser (1991), and they had one son. Mendez retired from the CIA in 1990.

Antonio Joseph Mendez died on January 19th, 2019. The cause of his death reported as a result of Parkinson's disease. Before his death, Mendez and his second wife Jonna were part of Board of Directors of the International Spy Museum, Washington DC.