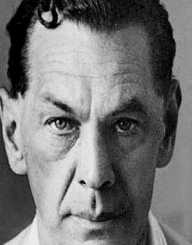 Richard Sorge was born in Baku, Russia on the 4 October 1895 to a Russian mother, Nina Semionovna Kobieleva, and a German father, Wilhelm Richard Sorge, who was a mining engineer. He was one of nine children. When he was three years old, the family moved to Germany, and he was raised in a comfortable middle-class home.

During World War I Richard Sorge enlisted in the German Army. He was sent to the Eastern Front and proved himself a brave soldier when he was awarded the Iron Cross. He was badly injured in early 1916 and hospitalized with two legs badly damaged by shrapnel. He developed a friendship with a nurse in the hospital who introduced him to her father who was a Marxist. Richard Sorge became interested in politics and after leaving the hospital, enrolled at Berlin University to study political science and economics. He also joined the German Communist Party in 1919 and then transferred his studies to the University of Kiel.

After graduation, Richard Sorge worked as a journalist, and by 1925 he was living in the Soviet Union where the Comintern Intelligence Division employed him. He was recruited as a spy, journalism being his cover as he traveled to European countries. In 1929 he was sent to England where he observed the labor movement, social and economic conditions as well as party politics.

The Soviets then instructed him to return to Germany and join the Nazi party. He worked as a journalist for the newspaper Getreide Zeitung. Later he was sent to China. He met up with people who knew Ozaki Hotsumi, a journalist working on the Japanese newspaper Asahi Shimbun and recruited him as a spy. He traveled to China and met members of the Chinese Communist Party while he posed as a journalist interested in agriculture.

His next project was to organize a spying network in Japan (1933). He did this successfully and was able to feed important information on Japan’s political intentions to Joseph Stalin. One of his successes was being able to warn the Soviet Union about Operation Barbarossa in 1940. Operation Barbarossa was the codename for Nazi Germany’s planned invasion of the Soviet Union on the 22 June 1941. Stalin ignored the warning, confident of his peace pact with Germany.

In October 1941 Richard Sorge was arrested in Japan and imprisoned for three years. Stalin refused a prisoner exchange and on the 7 November 1944, Sorge was hung.

Richard Sorge was posthumously awarded the Hero of the Soviet Union medal in 1964.

Richard Sorge was married Christiane Gerlach between 1921 and 1929.