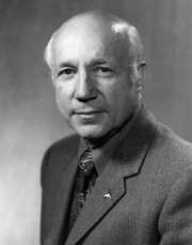 James Batcheller Sumner was an American chemist and a Nobel Prize winner in Chemistry. Born on November 19, 1887, he shared the Prize with John Howard Northrop and Wendell Meredith Stanley for their discovery that enzymes can be crystallized. Sumner was the first to demonstrate that enzymes are protein.

James Batcheller Sumner was born on November 19, 1887, in Canton, Massachusetts to Charles Summer and Elizabeth Rand Kelly. He received his education at Elliot Grammar School and later at the Roxbury Latin School. Summer grew interested in physics and chemistry but disliked all other subjects. He liked hunting and while on a hunting expedition at age 17 with his friend; he was accidentally shot by him in the left arm.

He was amputated below the elbow, and as a leftie, he had to learn how to use the right hand. He enrolled at the Harvard College in 1906 where he majored in chemistry and graduated in 1910. While there, he made a relationship with chemists like Farrington Daniels, Roger Adams, Frank C. Whitemore and James Bryant Conant among others.

After his graduation, James B. Sumner worked briefly at his uncle’s cotton knitting factory. He later accepted a teaching position at the Mt. Allison College, Sackville, New Brunswick in Canada. In 1911, he gained an assistantship in chemistry at Worchester Polytechnic Institute, Worchester Mass where he worked for a year.

He resigned from his position in 1912, to enrol at Harvard Medical School to study biochemistry under Professor Otto Folin. Folin at the time advised him to study Law due to his amputated hand and the demand to use hands as a chemist in research. He, however, insisted on the course, receiving his PhD in June 1914.

James B. Sumner started his research works on isolating enzymes in pure form while at Cornell Medical School in 1917. This research was innovative and first of its kind at the time. His first work was on isolating urease enzyme from jack beans. Many of his colleagues doubted his innovation until he was able to prove that urease could be isolated and crystallised in 1926.

He further proved that the urease enzyme was a protein through the chemical test. It was through this research that he became a full professor at Cornell in 1929. He did further research and on 1937, he was able to isolate and crystallise the catalase enzyme.

Another researcher John Howard Northrop of the Rockefeller Institute had also been able to obtain crystalline enzymes, pepsin in 1929 using a method similar to that of Sumner. The research was what won James B. Sumner the Nobel Prize in Chemistry in 1946 along with John Howard Northrop and Wendell Meredith Stanley.

James B. Sumner was married thrice first on July 10, 1915, to Cid Ricketts Sumner, born Bertha Louise Ricketts. The couple had four children. They divorced in 1930. Sumner then married Agnes Lundkvist in 1931 and divorced in 1943. His last marriage was to Mary Beyer and had two children with her. James Batcheller Sumner died of cancer on August 12, 1955, at age 67 in Buffalo, New York.