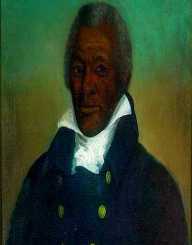 James Armistead Lafayette was born on the 10 December 1760 as a slave in New Kent County, Virginia in the United States.

In 1781 during the American Revolution, James Armistead Lafayette volunteered to join the Army. He had to obtain the permission of his owner to do so, and this was granted. He served under the Marquis de Lafayette, the commander of the French forces working with the American Continental Army.

It was around this time that Armistead started spying. Pretending to be a runaway slave he managed to infiltrate the headquarters of the British General Charles Cornwallis. Cornwallis was impressed with Armistead and enlisted him to guide the British troops through the local territory. Working as a guide enabled Armistead to travel about and spy on the British officers as they discussed plans and strategies.

In 1781, General George Washington sent a communication to General Lafayette asking him to source information on British military personnel, strategy, and equipment. Armistead provided vital information, and these helped Lafayette in his battle against the British at Hampton. The Americans went on to win the battle at Yorktown, and this led to the surrender of the British.

After the war had ended, James Armistead Lafayette had to return to former life as a slave. When Lafayette discovered that Armistead was still a slave, he petitioned on his behalf, and two years later Armistead was emancipated. A grateful Armistead then added Lafayette to his name. Once he had his freedom, Armistead became a prosperous farmer in Virginia, married and had a family. He was assisted by a pension awarded him by the Virginian legislature for his services as a spy during the American Revolution.