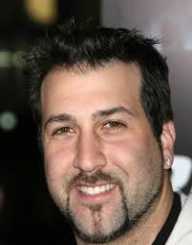 Joey Anthony Fatone was born on January 28, 1977. He is an American actor, dancer, and singer. Joey is also a well-known television personality. He sang baritone with the band ‘NSYNC.’ He has appeared in several television shows and films. Joey is currently forty-one years old.

Joey Anthony Fatone was born on January 28, 1977, in Brooklyn, New York in the United States of America. He was however raised in Bensonhurst. Joey was born to Phyllis and Joseph Anthony Fatone Senior.

Joey Fatone was brought up alongside two siblings, Steven and Janine. At the age of thirteen, he and his family moved to Orlando in Florida. He attended Joseph B. Cavallaro J .H. S. He later attended Dr. Phillips High School where he graduated from.

After graduating high school, Joey became a performer at Universal Studios, Orlando. He played the role of Wolfie in ‘Beetlejuice’s Rock and Roll Graveyard Revue.’ In 1995, he joined the boy band ‘NSYNC’ where he sang alongside Chris Kirkpatrick, Justin Timberlake, Lance Bass, and JC Chasez. In 2001, he starred in the film ‘On the Line.’

Joey Fatone later lent his voice to ‘Kim Possible’ and ‘Robot Chicken.’ In 2002, he starred in the comedy ‘My Big Fat Greek Wedding.’ He later appeared in films such as ‘The Cooler,’ ‘Red Riding Hood,’ and ‘Homie Spumoni.’

He later hosted NBC’s ‘The Singing Bee’ both in the United States and in Australia. Joey appeared in an episode of the television show ‘Hannah Montana.’

In 2010, he appeared in an episode of the series ‘Imagination Movers’. In the same year, he played the role of Franz Liebkind in the musical ‘The Producers’ at the Pittsburgh Benedum Centre.

The following year, Joey Fatone became the host of the series ‘My Family Recipe Rocks.’ He also appeared in the horror film ‘Inkubus.’ In 2012, he participated in the reality series ‘Rachael Vs. Guy: Celebrity Cook-Off’.

He was however eliminated from the show after six weeks. He did not leave empty handed since he won five thousand dollars for his foundation, Fatone Family Foundation.

In 2014, he became the host of the cooking competition ‘Rewrapped’ and ‘Discovery Family.’ The following year, he made numerous appearances in the show ‘The Jack and Triumph Show.’ In 2016, he appeared in the commercial ‘The Discounts.’

Joey Fatone also lent his voice to the animation ‘Izzie’s Way Home.’ In his career, he also participated in the series ‘Dancing with the Stars’. In 2017, he established his hot dog stand known as ‘Fat One’s Hot Dogs & Italian Ice’ in a mall in Orlando. It later became a food truck after the mall closed.

On September 9, 2004, Joey Fatone married Kelly Baldwin in Oheka Castle on Long Island in New York. Together they have two children, Briahna who was born in 2001 and Kloey Alexandria who was born in 2010. Lance Bass is the godfather to his children. Lance and Joey have been best friends for a very long time. Joey is currently forty-one years old.