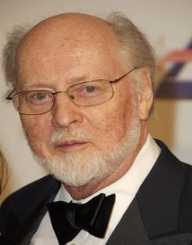 John Williams a famous musician, conductor, and composer was born on 8 February 1932. He has contributed to the production of more than 100 films like Star Wars, Superman among others. Williams became popular in the early 1970s when he began his career fully earning him many awards including the Academy Awards.

John Williams known as John Towner Williams was born in Floral Park, New York on the 8 February 1932. His father Johnny Williams was a jazz musician who inspired Williams at a tender age to learn the piano. His mother was known as Esther and has two brothers Jerry and Donald. While still a young child, William and his family relocated to Los Angeles in 1948 and there joined North Hollywood High School. After graduating from high school in 1950, John was enrolled at the University of California but did not take long in his studies. He was recruited into the U.S Air Force in 1952 as a music band conductor apart from other military services.

After serving for three years in the military, John downed his tools and went back to New York City. He attended the Julliard School where he learnt how to play piano under the tutorship of Rosina Lhevinne and later became a jazz pianist in New York. William also worked with musicians like Henry Mancini as his composer and also composed soundtracks for several TV programs.

While in Los Angeles, John Williams worked in movie studios as a musician playing piano for films soundtracks. Some of the movies and TV programs include ‘Some Like It Hot’ (1959), ‘To Kill a Mockingbird’ (1962) and ‘Peter Gunn.’ John was however not contented with the limitations he had in using another person’s idea to do his work. He, therefore, began giving these films and television programs his touch of music. Films like Wagon Train, Lost in Space and Gilligan’s Island were among the ones privileged to receive John’s classical compositions.

With a developing career, Williams continued with his compositions for big screen films like ‘Daddy-O’ (1959). When he arranged music for the film Valley of the Dolls (1967), he got his first nomination for the Academy Award. In 1972 he received an Academy Award for ‘Fiddler on the Roof’ and an Oscar nomination for ‘The Poseidon Adventure’ (1972).

John Williams’ musical touch has also been extended to musical concerts and Olympic Games. He has also been a prominent conductor, leading in many orchestral performances like the Boston Pops Orchestra of 1980. He retired in 1993 as the orchestral conductor and became a Pop’s laureate conductor and has since been involved in popular concerts in Hollywood and London.

John Williams got married in 1956 to Barbara Ruick, and the couple has three children Jennifer, Mark Towner and Joseph. Barbara died in 1974 and Williams married Samantha Winslow in 1980.