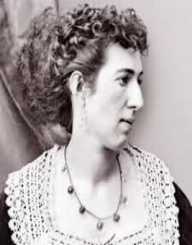 Maria Isabella “Belle” Boyd was born May 9, 1844, in Bunker Hill, Virginia. She was the oldest child of eight children born to Benjamin and Mary Rebecca (Glenn) Boyd. Her family moved to Martinsburg, Virginia in 1854, where her father was a prosperous shopkeeper and tobacco farmer, with strong southern roots.

Her father had joined the Stonewall Brigade, and there were at least three other family members that were spies for the Confederation. Belle was a free-spirited, strong-willed, naughty child who had a comfortable upbringing. She was a debutante in Washington DC, before the start of the Civil War.

After elementary school, Belle Boyd attended Mount Washington Female College, where she graduated at the age of 16, in 1860. She learned to speak French fluently and had a love for classical literature.

Rise to Become a Spy

In 1861, Martinsburg was under Union control, and there were many members of the community that supported the Union cause; however, the Boyd family was not one of them. On July 4, a Union soldier threatened her mother and threatened to search their house, when he was not permitted to hang a Union flag from their house. Belle Boyd shot and mortally wounded the solider.

She received no repercussions because according to the Union commanding officer who conducted the investigation Belle acted in self-defense.

Belle Boyd started her career as a spy, by using her womanly charm to flirt with Union soldiers and officers, to gather information from them to give to the Confederates. She would also go into Union camps to get information, along with weapons, alcohol and medical supplies. Belle then became a messenger for Generals Stonewall Jackson and P. G. T. Beauregard.

Belle’s most famous act of rebellion came in May of 1862 when she was staying in the same home as Union General James Shields. Belle overheard that the Union was ordered to move East from Front Royal, Virginia and that the Union planned to burn bridges when they left. She got the information to Stonewall Jackson, who was able to get a win for the Confederates. Belle, also had two Union soldiers arrested as prisoners of war when they walked to her home.

Afterward, she became a courier and scout for J.S. Mosby's guerrillas. Then in 1864, she became a blockade runner. She attempted to sail to England, with letters from Jefferson Davis.

In 1865, while living in England, Belle Boyd completed her memoir Belle Boyd, In Camp and Prison. It was a two-volume book. In 1886, she started touring the United States as an actress and gave lectures of her time as a Civil War spy.

While she was living in England, she began her career as an actress. In 1866, she debuted in Manchester in the play The Lady of Lyons. Then four years later, in 1868 she returned to the United States and debuted in St. Louis. She took the stage name of Nina Benjamin. Belle retired from acting in 1869, she later returned to the stage on February 22, 1886, in Toledo.

Belle Boyd was arrested six or seven times but was only imprisoned three times. In her first attempt to convey messages to the Confederates, she was caught. However, the Union soldiers believed that women were not dangerous. The Union soldiers thought that she was just a foolish, young girl, so she was let off with just a warning.

In 1862 Secretary of War Edwin Stanton, issued a warrant for her arrest. Then on July 29, she was arrested and housed at the Old Capitol Prison in Washington DC. She was only imprisoned for a month and was later released in a prisoner exchange. However, she was exiled further south to Richmond.

Belle Boyd was arrested again in June of 1863, was held for three months, only to be released due to contracting typhoid fever. Belle was then re-arrested March of 1864. She was on the vessel, Greyhound, headed for England, when the ship was captured outside of North Carolina. She was then taken to and held in New York. She was then exiled to Canada.

Belle Boyd was awarded the Southern Cross of Honor (which was the Confederacy’s version of Medal of Honor), for the role she played during the Civil War.

When Belle Boyd was captured and arrested trying to flee to England, she met Union Naval officer Samuel Wyde Hardinge. The two fell in love, and he ended up being court-martialed for allowing the captain of the vessel she was on to escape. Belle and Hardinge moved to England, where they were married in August of 1864. They had one daughter, Grace. Hardinge died in 1866. Belle and her daughter returned to the United States in 1868.

In 1869, Belle retired from acting and married John Swainston Hammond, who was a traveling salesman. They moved to California, where Belle had a mental breakdown and gave birth in the Stockton Insane Asylum. She ended up receiving care at Mount Hope outside of Baltimore and then was discharged in 1870. They ended up having three more children together; however, one passed away in infancy. Belle and Hammond settled in Dallas in 1883; they then divorced on November 1, 1884. In January of 1885, Belle married Nathaniel Rue High, another stock-company actor, who was 17 years younger than her.

By 1886, Belle Boyd was broke and no longer speaking to her oldest daughter, Grace. On February 22, 1886, she returned to the stage with High as her manager, to perform her one-woman show about her life as a Confederate spy. She died of a heart attack on June 11, 1900, in Kilbourn City, Wisconsin. She was laid to rest in Spring Grove Cemetery, where Union veterans paid for her funeral.