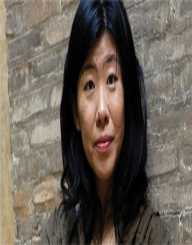 Banana Yoshimoto is a Japanese writer. Her real name is Mahkoko Yoshimoto. She mainly writes in the fiction genre and lives in Tokyo where she enjoys a cult-like fan following.

Banana Yoshimoto was born on July 24, 1964. Her birthplace is Tokyo, Japan. Her star sign is Leo.

She comes from a family of artists – her father her father Takaaki Yoshimoto is a famous poet, and our sister HarunoYoiko is a well-known cartoonist. When she was five, Yoshimoto began writing to avoid boredom and do something creative while her elder sister was busy drawing art.

Soon this hobby grew into a passion, and she continued writing throughout her school life and later made it into her career.

Not much is known about Yoshimoto’s primary education. She took literature in undergraduate study and passed out from the Nikon School. In college, Banana Yoshimoto developed a love for the banana flowers and used the name banana as her pseudonym.

Banana Yoshimoto didn’t start as a writer in her career. Instead, she started working as a waitress at a golf club restaurant after graduating from college. Her first written work, Kitchen was published in 1988 and became a major success. It was printed over 60 times in Japan alone. The work was such a major hit that two movies have been made based on this work. The kitchen also won her the Newcomers literary prize in November 1987. The novel was also nominated for the Mishima Yukio prize. A year later, she wrote and published Goodbye Tsugumi, which had a lukewarm response from the public. It did not achieve the major success of its predecessor but was also turned into a movie in 1990.

Banana Yoshimoto is a prolific writer who has published over 12 novels and several short stories and poems. Her work is mainly focused on the young generation, and how the Japanese culture is trying to adapt to the modern lifestyle.

In her writing, she also focuses on how bad experiences in the past transform a person in their future life. She focuses on the dream that is pictured by the teenagers and how they react when they have faced reality. This has made her extremely popular in Japan among all ages of readers. Her books speak to the reader in a personal manner. Some of her most famous works include Amrita in 1994, Hard-boiled and Hardluck in 1999, The Lake in 2005, A Night with Saki and Friends in 2013, Bolts in 2014 and Circus night in 2015.

Banana Yoshimoto won the award for the Newcomers literary prize for her novelKitchen. She also won the Yamamoto Subaru prize in 1989, for her novel Goodbye Tsugumi. Amrita, which was her first lengthy novel, came out in 1994 and won her the Murasakiaward.

Banana Yoshimoto is an extremely private person and does not share the details of her personal life in the media. She is married to HiroyoshiTahata. From this marriage, she also has a son who was born in 2003.