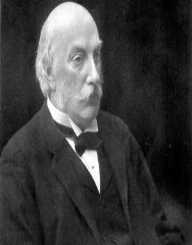 Rayleigh was the eldest of four children. He had three brothers and a sister. Despite his schooling being interrupted during childhood due to his continual ill-health, Rayleigh did very well.

In his younger years of schooling, Rayleigh went to Elton School, then Harrow School. This was followed by four years at Torquay under the guidance of Rev. George Townsend Warner.

He went to the University of Cambridge, entering Trinity College in 1861 to study mathematics. In 1865 he graduated the Senior Wrangler of the college. This is a title given to the undergraduate student who has passed with the highest grades in mathematics and is a very prestigious title. Rayleigh then went on to do his Masters and graduated in 1868.

Trinity awarded Rayleigh a fellowship in 1866, which he held until 1871 when he got married.

Rayleigh inherited the title Barony of Rayleigh in 1873, upon the death of his father.

Rayleigh published his “theory of scattering” in 1871, which explained how the sky was blue.

In 1876, he became the President of the London Mathematical Society and held the position until 1878. During this period, in 1877, Rayleigh’s first volume of his The Theory of Sound was published. The second volume was released in 1878.

In 1879, Lord Rayleigh was appointed as the second Cavendish Professor of Physics at the University of Cambridge, a position he held until 1884. He then returned home to Terling, to continue his research and experiments on his estate.

From 1887 to 1905, he was appointed Professor of Natural Philosophy at the Royal Institution. In 1905 he was elected as President of the Royal Society, until 1908. In 1908, he took up the position of Chancellor of Cambridge University and held this position until he died.

Rayleigh established the National Physical Laboratory in Middlesex, in 1900. Throughout the years he continued his research and experiments on sound and around this time developed the “duplex theory.”

He is known for several theories and discoveries in physics, such as Rayleigh scattering, duplex theory, Rayleigh waves, and sound theory.

Lord Rayleigh's best-known discovery though was the discovery of the gas, argon, which is a rare gas in the atmosphere.

His major written work, The Theory of Sound, was a two-volume publication released over 1877 and 1878 and is still referred to today, by acoustic engineers. He also wrote many other scientific papers which were published in six volumes in the early 1900s.

As one would imagine, Lord Rayleigh won many awards and had many honors bestowed upon him. Some of the more notable are:

1902: Order of Merit received from King Edward VII – one of the original recipients

Rayleigh married Evelyn Balfour in 1871. She was the sister of Britain’s future Prime Minister, the Earl of Balfour. They had a son, Robert, who became the 4th Baron Rayleigh.

In the field of physics, Lord Rayleigh has many discoveries and theories that bear his name.

His work, The Theory of Sound, is still referred to in the modern day by acoustical engineers, which shows the depth of knowledge Rayleigh had, as the work has not been surpassed as the years have gone by.