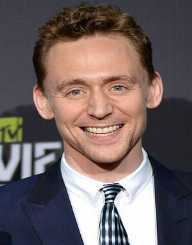 English actor, producer, and musical performer Thomas William Hiddleston was born on February 9, 1981, in Westminster, London, United Kingdom. Son of a physical chemist James Norman Hiddleston and an art administrator-cum-former stage manager Diana Patricia Hiddleston, Tom Hiddleston, as he was known popularly, was of Scottish ancestry. His father belonged to a place called Greenock, Scotland and his mother’s native place was Suffolk, England. His parents divorced when he was only 12 years of age. He was the middle child of his parents’ three children. His elder sister Sarah later became a journalist based in India and his younger sister Emma became an actress.

Tom Hiddleston spent his early childhood days in Wimbledon. His family later moved to Cotswold village near Oxford. He received his elementary education at The Dragon School in Oxford and boarded at Eton College at the age of 13. Afterwards, he studied at the Pembroke College at the University of Cambridge and obtained a double first in classics. Thereafter, he studied acting at the Royal Academy of Dramatic Art and graduated from the institute in 2005.

During his second term at the University of Cambridge, Tom Hiddleston appeared in a play called ‘A Streetcar Named Desire.’ Talent agent Lorraine Hamilton, of Hamilton Hodell Agency, spotted him in the play and signed him on behalf of the agency. Following this, Hiddleston received his first offer to act on English Television when he played a small role in ‘The Life and Adventures of Nicholas Nickleby’ in 2001. In the same year, he appeared in the BBC/HBO co-production ‘Conspiracy.’ He portrayed the character of Randolph Churchill, son of Winston Churchill in the BBC/HBO drama ‘The Gathering Storm.’

Tom Hiddleston was studying acting at RADA all through these years. He landed his first role in a movie in 2006 after graduating from RADA in 2005. He made his film debut in a feature film titled ‘Unrelated,’ where he played one of the main characters ‘Oakley.’ His sister Emma was also cast in this film. ‘Unrelated’ was also the directorial and screenwriting feature film debut of award-winning acclaimed British director and screenwriter Joanna Hogg. The film won several awards.

Focusing more on theatre, Hiddleston appeared in leading roles in theatres like ‘The Changeling’ (2006), ‘Cymbeline’ (2007), ‘Othello’ (2008) and ‘Ivanov’ (2008). He was declared the winner of Laurence Olivier Award for Best Newcomer in a Play for his role in ‘Cymbeline.’ He earned a nomination for the same award for his role as Cassio in ‘Othello.’ In 2006, he worked as a voiceover artist in the BBC documentary ‘Galapagos Island.’ In the audiobook ‘The Red Necklace’ written by Sally Gardner, Hiddleston was the narrator. He also starred in Joanna Hogg’s second feature film ‘Archipelago’ in the leading role of Edward.

From 2008 to 2010, Tom Hiddleston appeared in several television dramas which include ‘Suburban Shootout’ (2006), ‘Wallander,’ a  detective drama aired on BBC during 2008,  BBC costume drama TV film ‘Miss Austen Regrets’ in 2008 and the BBC drama series ‘Return to Cranford’ in 2009. He guest starred in the medical drama ‘Casualty’ running for an extended period and joined the other select list of British actors including Kate Winslet and Orlando Bloom in the cast of the drama.

In 2011, Tom Hiddleston portrayed the character of ‘Loki,’ the evil villainous brother of the title character in the film ‘Thor,’ which was based on the popular Marvel Comic Book hero. The action-packed film was a major international hit as also the character of Thor’s evil magic power wielding brother ‘Loki.’ The stupendous success of the film and the popularity of ‘Loki’ paved the way for Hiddleston to be typecast in similar types of villainous character. He played similar evil characters in ‘The Avengers’ (2012) and in the sequel of ‘Thor’ titled ‘Thor: The Dark World’ in 2013, where he once again reprised the role of ‘Loki.’

In 2011, Tom Hiddleston played the character of the novelist F. Scott Fitzgerald in writer-director Woody Allen's high profile film ‘Midnight in Paris.’ In the same year, he portrayed the character of a noble captain Nicholls in the Steven Spielberg directed much publicized mega movie ‘War Horse.’ He earned the 2012 Rising Star accolade at the Richard Attenborough Film Awards for his role in ‘War Horse.’ He concluded the year playing the character Tom in a short film titled ‘Friend Request Pending.’

In 2012, Tom Hiddleston played the role of an RAF pilot in the film ‘The Deep Blue Sea’ along with ‘The Avengers.’ In 2013, he appeared in the lead role of the play ‘Coriolanus,’ the story of which was originally written by Shakespeare. In the 2014 film ‘Muppets Most Wanted,’ he played the role of Great Escapo in a brief appearance.

Tom Hiddleston presently is a busy actor with films lined up for release until 2019. Among these films, three films viz., ‘Thor: Ragnarok’ (2017), ‘Avengers: Infinity War’ (2018) and one untitled Avengers film is scheduled to be released in 2019, Hiddleston reprises the character of evil sorcerer ‘Loki.’

Tom Hiddleston is a bachelor to date. He was involved romantically with British actress Susannah Fielding; record executive Jane Arthy and American singer-songwriter Taylor Swift until 2016. He presently lives in the Belsize Park area of north-west London and is associated with a host of philanthropic and charitable works. Thomas Coram Foundation for Children, a U.K based charity auctioned his cards designed and signed by Hiddleston on eBay during May 2014.

Tom Hiddleston is also an ambassador representing the United Kingdom in the humanitarian and developmental assistance fund group UNICEF. In the first part of 2013, he visited Guinea with the objective of assisting women and children there and raise awareness about hunger and malnutrition. He is also a self-proclaimed supporter of feminism.