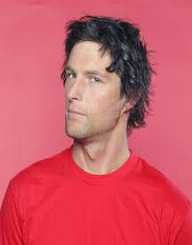 Toddy Richards was born on December 28th, 1969. An American professional snowboarder who enjoyed mainstream publicity in the 90s. He claimed his former fame as a result of successfully winning seven medals at the X Games. Richards also took part in the Winter Olympics of 1998.

Richards had a signature move, "we cat" which handed him his reputation as the very first practitioner of his business. Today, he has since concentrated on a broadcasting job, started a snowboard company and a website for the review of athletic gear.

Toddy Richards was born on December 28th, 1969. The only son of a leather-goods salesman, Ken and hair stylist, Richards. He occupied his early years by watching horror movies and playing video games. He built interest in skateboarding only after joining Wachusett Regional High School as a freshman.

In 1987, Richards joined New Hampshire Vocational Technical College. Here, he dropped out to try a hand on burgeoning snowboarding career.

In 1994, Todd Richards won the U.S Championships and took the first mantle in transforming snowboarding into a mainstream sport. This attracted the attention of television companies and major sponsors. As a result, ESPN created a sport, Winter X Games which Richards participated and won the men's halfpipe category (1997).

Regarded as one of the best in snowboarding, Richards made his debut in the 1998 Olympic Winter Games. However, to his disappointment, he only managed a 16th place. He although went on to record more triumph at the X Games, deviating from his usual signature event to win medals at big air events.

In 2003, a tragic incident would later force Todd Richards to break from active competition. He broke his arm. It is then that he started writing his biography with the help of Eric Blehm, TransWorld Snowboarding Magazine editor. He later published P3: Pipes, Parks, and Power in November, the same year.

ESPN often invited Richards to help give insight and analyze the coverage of the X Games. Also, he co-founded snowboarding review website, AWSM, and O-Matic Snowboards.