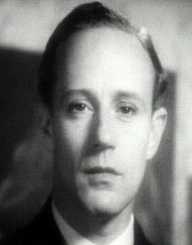 Leslie Howard was one of Britain’s talented stage and film actor and director. Born on April 3, 1893, he was also a director, writer and later in life did some radio broadcasting works. Some of his famous films are Gone with the Wind where he played Ashley Wilkes, 1939, Berkeley Square, 1933, Of Human Bondage, 1934 and The Scarlet Pimpernel. In 1930 Leslie Howard was one of the Box Office biggest draw and movie idols. During the Second World War, he was actively anti- German propaganda.

Leslie Howard was, however, still active in his acting and filming career during the war. Howard died in 1943 when a plane he was aboard was shot by the Germans in the Bay of Biscay. Leslie Howard received two Academy Award nominations in the Best Actor category.

Leslie Howard was born in Upper Norwood, London, England  on April 3, 1893, to Lilian and Ferdinand Steiner. His mother was a British Christian and partly Jewish whiles his father was a Hungarian Jew. Leslie Howard had his education at the Alleyn’s School, London. During the First World War, his surname Steiner was changed to Stainer to hide his Jewish roots. After school, Leslie Howard worked briefly as a bank clerk and during the time of the Great War, enlisted in the British Army as a subaltern in Northamptonshire Yeomanry. Leslie Howard would later suffer a shell shock and relinquish his commission in 1916 to start his acting career.

Leslie Howard made his acting debut on stage in 1916 to 1917 during regional tours in Peg O’ My Heart and Charley’s Aunt in London. After some few stage performances, Leslie Howard made his way to the United States to act in Broadway theatre in 1917. That was the time he gained necessary recognition for his talent and artistic displays. Some of his earlier plays were Aren’t We Well, 1923, Outward Bound, 1924, and the Green Hat, 1925 among several others. He later played in Her Cardboard Lover, 1927 and Berkeley Square in 1929 which became one of his best ever. His popularity grew massively in Broadway making him one of the most sought-after actors at the time. He made a breakthrough in Hollywood with his first film being Outward Bound. Howard, who was more familiar to Broadway didn’t like his first Hollywood experience.

Leslie Howard promised himself never to act in Hollywood films again, but couldn’t keep that promise since he would later return to work there. In 1933 Leslie Howard starred in the film version of Berkeley Square. Once a stage actor, Leslie Howard would always be a stage actor because he developed a deep passion for it. He didn’t just act onBroadway; he was part of other sectors like directing and production.

Leslie Howard did all these works concurrently. With a good sense of humor, Leslie Howard was a good dramatist and did some plays like Murray Hill, 1927, Escape in which he played Matt Denant and displayed his dramatic features. As Leslie Howard became popular, so did his roles, in 1932 Leslie Howard played in The Animal Kingdom and later in The Petrified Forest, 1935. A year later he played in William Shakespeare’s Hamlet and later ended his stage acting career to a close.

Being in the film industry for a while, Leslie Howard found it important to form his own production company with the name British Comedy Films Ltd, in 1920. Leslie Howard sold this idea to his friend Adrian Brunel and both later came with the name Minerva Films Ltd. The two later partnered with others to bring the idea to fruition. Members of the Board were Brunel, C. Aubrey Smith, Nigel Playfair and A.A Milne. Some films released by the company included The Bump, Twice Two; Five Pounds Reward and Bookworms. The company, however, made huge losses and therefore folded up.

During his day in Hollywood, Leslie Howard starred in films like A Free Soul, 1933, Berkeley Square which earned him an Academy nomination for Best Actor and also in The Scarlet Pimpernel, 1934. His last film in Hollywood was Gone in the Wind and returned to Britain later. In the UK he starr in the Second World War like 48th Parallel, 1941, Pimpernel Smith, 1941 and The First of the Few, 1942. The films were to stir up his Second World War efforts.

Leslie Howard had a virtually short career but was duly honored for that. He was posthumously inducted into the American Theatre Hall of Fame in 1981. British exhibitors also voted him the most popular local star at the box office in 1944 after his death.

Leslie Howard was married to Ruth Evelyn Martin in March 1916. The couple was blessed with two children, Ronald Howard and Leslie Ruth. He was rumored to have had a relationship with actresses Tallulah Bankhead, Norma Shearer and Myna Loy. Leslie Howard later metVioletteCunnington in 1938 and both had an affair for almost four years. Cunnington at that time also served as Howard secretary and acted in some of his films until she died from pneumonia in 1942.

Leslie Howard died in a plane crash in 1943. He was on board A KLM Royal Dutch Airlines/BOAC Flight 777 from Lisbon, Portugal to Bristol, UK. The plane he was shot the Bay of Biscay by a Luftwaffe Junkers Hu 88C6 killing 17 people on board.

As a multi-talented person, Leslie Howard did not limit himself to acting but also did some radio works. His radio career started on The Yardley Program where he did dramatic readings in the 1930s. Leslie Howard also served as guest artist for shows like The Rudy Vallee Show/Fleischmann's Yeast Hour, Lux Radio Theatre, Your Hit Parade and Kraft Music Hall with Bing Crosby, The Silver Theatre and The Magic Key of RCA. Howard was a frequent guest on the Eddie Cantor’s Texaco Town in 1936. The two worked together for a while and were able to create good cohesion to serve their listeners. In spring that year, he ran his own show, The Amateur Gentleman on CBC. The name of the show was later changed to Leslie Howard’s Matinee where he served his listeners to the famous play at the time.

?Leslie Howard also produced Lady for a Day and The Life of Emile Zola for Lux Radio Theater. In the UK, he appeared on BBC’s Britain Speak in 1940 which was broadcasted in the US to urge them to support Britain in the Second World War. He also was also on BBC program The Brains Trust. He did several other radio programs, but unfortunately, most of them cannot be found due to poor record keeping.