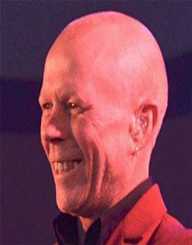 Although Clarke learned the violin and piano as a youngster, his interest was making electronic music.

Clarke started his first band in the late 1970s with a school friend, but they didn’t last long. His second band was in 1980, called French Look, and later in 1980, his next group was called Composition of Sound. Band mates were Martin Gore and Andy Fletcher, and they were joined by Dave Gahan. The band was then renamed as Depeche Mode.

It was during that period Clarke took his stage name of Vince Clarke. Their first album was Speak & Spell in 1981, which spawned three singles for the group. Shortly after the album's success, Clarke left the group. Clarke later said he didn’t like the publicity that went with the success, like interviews and touring, and quite often would have disagreements with other members of the band. The band replaced him and went on to international fame.

Vince Clarke started recording music with a singer by the name of Alison Moyet. They named their band Yazoo, and became very popular, producing two albums and releasing five singles from the albums. They disbanded in 1983. That same year, he started performing with Eric Radcliffe under the name, The Assembly. Their idea was to collaborate with different artists on a one-off basis, which they did.

Clarke then established Reset Records with Radcliffe, and they helped a friend release several singles. They did an album as well, but they never gained real traction, so Clarke moved on to his next project.

In 1984 Vince Clarke collaborated with several musicians under the name, West India Company, which released a four-track EP. In 1985, Clarke advertised in Melody Maker for a vocalist, and one of the applicants was Andy Bell. The pair formed a group called Erasure, and they went on to be one of the biggest acts in Britain, with several hits becoming chart toppers around the world.

From 1986 to date, Erasure has released 17 studio albums, five live albums, eight compilation albums, seven EPs, and 41 singles. From 1986 to 2007, they had 32 consecutive top 40 hits in the UK, with 17 singles moving into the top 10. Erasure has also toured, and in 2007, they took part in the True Colors Tour with other major artists, in support of the LGBT community. After the tour, Erasure started their tour in support of their new album, Light at the End of the World.

Throughout the years, Vince Clarke has collaborated with many other artists, recording music with them and writing songs as well. He has worked on projects with artists like Richard Butler, Martin Gore, Andy Bell, and Jean Michel Jarre. Apart from all his recordings with Erasure, Clarke released two albums and three singles with Depeche Mode, two albums and five singles with Yazoo, one single with The Assembly, and a single in a duet with Paul Quinn. He has released numerous singles and albums with other artists.

2009:  Awarded an Outstanding Song Collection Award during the Ivor Novello Awards in recognition of 30 years contribution to the music industry.

In 2004, Vince Clarke married Tracy Hurley. They have a son, Oscar, and spend most of their time in Brooklyn, New York, although they have a second home in Maine.