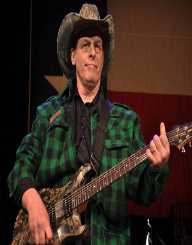 Ted Nugent was born on December 13, 1948, in Redford, Michigan, USA. His parents are Marion and Warren Nugent. He has a sister named Kathy and two brothers named Jeffrey and John.

As a teenager, Ted Nugent attended William Fremd High School. It was while there that he started his first band, Lourds.

Ted Nugent’s professional music career began in the 1960’s when he performed with the band The Amboy Dukes. It was in 1967 that the band released its first album, The Amboy Dukes. This band featured metal and rock melodies. It was popular in the rock n’ roll fan back. The band released a couple more albums throughout the 1960’s: Journey to the Center of the Mind and Migration.

Ted Nugent continued to play with The Amboy Dukes [also known as Ted Nugent and the Amboy Dukes] in the 1970’s. While still with the band, he recorded the albums Survival of the Fittest Live, Call of the Wild, and Tooth Fang and Claw. However, he later left the band n 1975 to pursue a solo career.

His first self-titled album was released in the same year and was a big hit amongst rock n’ roll fans, just like his albums with his previous band had been. This encouraged him to continue making solo albums. Some of his other albums from the 1970’s include Free for All, Cat Scratch Fever, and Weekend Warriors.

Ted Nugent continued his solo career into the 1980’s. During this decade, he released fewer albums than he had in the 1970’s, in part because his newer albums were not as popular as his old ones. Some of his albums of this decade include Nugent, Penetrator, Little Miss Dangerous, and If You Can’t Lick ‘Em... Lick ‘Em.

Ted Nugent slowed on his albums even more in the 1990’s, only releasing one new album, Spirit of the Wild. He also released a CD with both Free for All and Cat Scratch Fever on it, as well as a live album called Live at Hammersmith ‘79.

His album production picked up again in the 2000’s. He produced Caveman, Love Grenade, and Sweden Rocks in this decade. In the 2010’s, he also released Ultralive Ballisticrock Deluxe Edition and Shut Up & Jam!

Ted Nugent is not only a musician but also a writer. He writes mostly nonfiction memoirs. Some of his most famous books are listed below.

Kill It & Grill It: A Guide to Preparing and Cooking Wild Game and Fish (co-written with Shemane Nugent)

Ted Nugent is at the forefront of American gun ownership rights groups. Although many Americans are currently advocating for abolishing the second amendment (or implementing gun control measures) because of the country’s multiple mass shootings each year, Ted Nugent still advocates for gun rights, in part because it is a right (“the right to bear arms”) in the United States Constitution. He supports this cause by serving on the National Rifle Association board.

Ted Nugent married Sandra Janowski in 1971. Together, this couple had two children: Ted and Sasha. However, this marriage ended with Janoski's death in 1979. He then married again in 1989 to Shemane Deziel. This couple has on child together: Rocco. This couple is currently (as of 2017) still married. Nugent also has two other children (who he had out of wedlock before his first marriage) who were given up for adoption as infants.