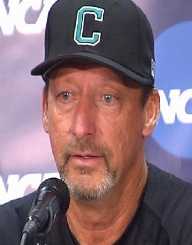 Amercian criminal Gary Gilmore was born Faye Robert Coffman on the 4 December 1940 in McCamey, Texas to Bessie and Frank Gilmore. After the family left Texas, Bessie Gilmore changed her son’s name to Gary Mark. He had three brothers. The family were itinerant and lived in various locations with the father, a conman, who often made money selling fake magazine subscriptions. The household was not a happy one with the father said to be an unreasonable and frequently angry man who was harsh towards his wife as well as his sons.

Although he had a reasonably high IQ, Gary Gilmore dropped out of school when he was 14 years old. Later in prison, he studied art and literature.

When Gary Gilmore was twelve years old, the family had relocated to Portland, Oregon and it was around this time that he got involved in petty crime. He was arrested at age 14 for car stealing and let off with a warning. When he repeated the offence a couple of weeks later, he was sent to the MacLaren Reform School for Boys.

In 1960, he was again charged with car theft and was sent to the Oregon State Correctional centre. His father died of cancer while he was in prison and Gilmore reacted by attempting suicide.

Gary Gilmore was arrested in 1963 for assault and armed robbery, and when he faced similar charges again in 1964, he was given a fifteen-year sentence. Around this time diagnosed with antisocial personality disorder. He was paroled in 1972 and ordered to live in a halfway house and study art at a community college, but he did not comply with the conditions. He was arrested shortly afterwards on charges of armed robbery and sent back to prison.

As he was exhibiting increasingly violent behaviour, in 1975, he was sent to a maximum security prison in Marion, Illinois. He was paroled again in April 1976 and went to live in Provo, Utah with a member of his extended family, Brenda Nicol. He did various jobs to support himself and began a relationship with a young woman Nicole Barrett Baker, a  widow with two children. Baker broke off the relationship due to Gilmore’s aggressive behaviour.

On 19 July 1976, Gary Gilmore robbed a gas station in Orem, Utah, killing Max Jensen. The following night, he robbed and attacked a motel, killing the manager Bennie Bushnell. He had accidentally shot himself in the hand when disposing of the weapon. When he phoned his cousin Brenda Nichol for assistance with medicine and bandages, she alerted the police, and Gilmore was charged with the murders of Bushnell and Jensen.

Gary Gilmore's trial commenced on the 5 October 1976 in Provo. Gilmore attempted to plead insanity, but his attorneys produced psychiatric reports from four psychiatrists who all agreed that he did not meet the legal criteria for pleading insanity. On the 7 October, the jury recommended the death penalty. Gilmore had the choice of execution by firing squad or by hanging, and he chose the firing squad. The date for his execution was set for the 15 November 1976. He attempted suicide twice while on death row.

A firing squad executed Gary Gilmore on the 17 January 1977 in Utah State Prison.