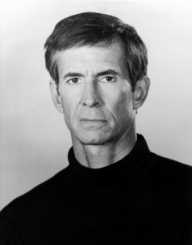 Anthony Perkins was born on April 4th, in 1932. Right from his teenage years, Perkins took on his acting career seriously which brought immense success to his side. Due to his exceptional performance, he earned himself an Oscar nomination for the role he played in Friendly Persuasion. Perkins is best remembered for his portrayal in the Psycho movie. He went on to play a couple of lead roles in the U.S. and Europe’s film industry.

Anthony Perkins was born on April 4th, 1932. He was born in the New York City. His father, Osgood Perkins was also a professional actor during the golden era. His mother was called Janet Esselstyn.

For his early education, Perkins joined Brooks School. Later on, he moved to Browne & Nichols School before joining Columbia University. In 1942, his family moved to Boston which also influenced his move to Rollins College.

Anthony Perkins acting career took off in 1953. During this time, he took the role of Fred Whitmarsh in The Actress. Unfortunately, the film was a huge disappointment and as a result, had little impact on his acting career that had just started.

Three years after acting on his first film, Anthony Perkins landed on another role as Josh Birdwell in Friendly Persuasion. The highly successful film brought huge fame to Perkins. Accordingly, he was bestowed with a Golden Globe Award as the new star of the year. Aside from this, he was also part of the nominees for the Academy Award that year.

Perkins relied on his film success to build his interest in music and develop it as much as he could. Between 1957 and 1958, he went on to release three albums. One of the hit singles that earned him high acclaim in the United States was "Moon-Light Swim." The song was ranked at number 24 among the United States billboard top 100 charts. He also expressed his natural talent for music while acting in the 1958 film called The Matchmaker.

Alfred Hitchcock, the Psycho director, gave Perkins an opportunity of a lifetime to star in Psycho movie in 1960. He was given the lead role of Norman Bates. The film was a huge success internationally, and it gave Perkins worldwide recognition. Accordingly, the International Board of Motion Picture Reviewers also recognized his exceptional acting talent and rewarded him with a Best Actor Award.

In 1961, Anthony Perkins was again seen as a rising and talented actor as he featured in Goodbye Again- 1961. He was playing the lead role of Philip Van der Besh. During the Cannes Film Festival in Europe, he was crowned with the Best Actor Award for his role in the film. The film was regarded as successful particularly in Europe as it did not perform well in the United States.

In spite of the huge fame that Anthony Perkins gained from his acting career, he was often considered as a shy individual. This affected his relations with women. As a result, he often had relations with other men. His first sexual encounter with a woman came when he was 39 years old. This was with Victoria Principal, an actress. He went ahead and tied the knot with Berry Berenson, a photographer. The two lovers were blessed with two sons.

Anthony Perkins passed away on September 12th, in 1992. He died as a result of AIDS.