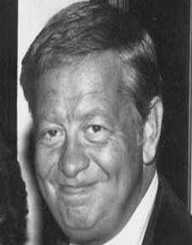 Melvin Howard Tormé is one of the famous jazz singers and composers in the American music industry. Moreover, he also took part as a drummer, a radio presenter, and an actor. During his time he took time to become an author too. Mel was born in Chicago in 1925. He got the opportunity to join the show business at the tender age of four years. At the time he took time to delve in the study of songwriting and drumming.

He was also a radio star actor. In the year 1941, Mel got to record his first song-Lament to Love- with his vocal group the Mel-Tones. Later he went ahead to record several other songs with the same group. In the year 1950s, he got the opportunity to write the biographies of Buddy Rich and Judy Garland. He passed on in the year 1999.

Melvin Howard Torme was born on in the year 1925 in Chicago, Illinois. His parents at the time were immigrants from Russia and also Jews. Mel was a brilliant child, and just at the age of four, he took up performing arts. He managed to play in the Chicago Blackhawk restaurant, singing the song ‘You are Driving Me Crazy.’ During his younger days, Mel was able to act in several other radio programs including, Jack Armstrong, The Romance of Helen Trent and the All-American Boy.

Mel got the chance to write his first song- Lament to Love in the year 1938. He was only 13 years of age at the time, and his song was a hit. Later, Mel got the opportunity to work with the famous Frank Sinatra in 1943. This was after he had worked with the Chico Marx band for almost two years.  During an adjustment period to be better than before he worked with his group the Mel-tones in 1944. The year 1947 saw to his rise one of the teen idols after his appearance in the film Good News.

In his life, Mel got to serve his country during the Great War. So, after the war, Mel found his way back into the comfort of music, movies, television, and radio. During the period after the war, he went straight to singing as a solo. Thereby, he got to make an appearance in several functions in New York.
Consequently, he later got the nickname The Velvet Frog. As a musician, Mel got to record several romantic hits in his time. So, one can conclusively say that his singing career was doing well at the time.

Just a few years after coming out of the army in 1960, Mel got to appear in a TV crime drama, Dan Raven. This further pushed his already built up fame. Moreover, he had the chance to look at other films like Walk like a Dragon. In which he got to play his role magnificently. Furthermore, Mel got to write other songs from 1963 to 1964 that were the hits of the moment for The Judy Garland Show. In the show, he got to appear thrice over time. The 1970s were some excellent years for Mel. This was because after sometime Jazz was coming back into fashion. Besides, this was one of the areas in which he did quite well. Therefore he went with the flow and did well.

During the life of Mel, he got to write a few books. Some of these books included, The Other Side of the Rainbow. This book was like a memoir of the duration that he spent as a music adviser at the Judy Garlands show. Other books include, Drum Wonder (1991) that was a biography for Buddy Rich, Traps, My Singing Teachers and It Wasn’t All Velvet (1988). In his life, Mel got to write more than 250 songs. His most famous hit was The Christmas Song that he did with Bob Wells.

During his magnanimous career, Melvin Howard Torme got to marry four times. Thereby, he got also to divorce thrice too. However, in his life, he got to have five children namely, Melissa, Steve, Daisy, Tracy, and James. All of his children at the time were living in Los Angeles. He also got to be the step-father of two other children Kurt Goldsmith and Carrie Torme. Mel died while still married to his fourth wife, Ali.

Mel’s immaculate career came to an abrupt end after a stroke hit him on the 8th of August, 1996. Three years later, Mel got to receive the Grammy Lifetime Achievement Award. However, his health did not improve. Seven years later Mel got another stroke that took his life on the 5th of June, 1999.  He was 73 years of age at the time of his death. Melvin Howard Torme resting place is at the Westwood Village Memorial Park Cemetery in Los Angeles.