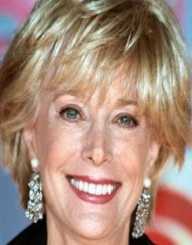 Lesley Stahl was born on December 16th, in 1941. She is a well-known anchor and a reporter. She is best known for the CBS’s show dubbed 60 Minutes.

Lesley Rene Stahl was born on December 16th, in 1941. Her birthplace was in Lynn, Massachusetts. However, later on, she grew up in Swampscott, Massachusetts. She is the daughter of Louis E. Stahl and Dorothy J. Her father worked in a food company as an executive.

Lesley Stahl attended Wheaton College where she graduated with an honors degree in history.

Lesley Stahl's broadcasting career in television began when she was working on WHDH-TV channel 5. During this time, she was a reporter as well as a producer. A few years later, in 1972, she was hired by CBS News. Two years down the line, she became a correspondent.

While working for the CBS, Lesley Stahl became a household name after she featured the Watergate scandal. She became a hero after covering the arrest of some men that had attempted to steal from the Watergate complex.

After that, Stahl became a correspondent to the White House during the tenure of George H. W. Bush, Jimmy Carter, and Ronald Reagan.

Lesley Stahl has also featured in the film industry with appearances in the sitcom dubbed Fraiser. Moreover, she was the correspondent for the documentary called Years of Living Dangerously.

This was a documentary that revolved around climate change issues. Besides this, Stahl is an author. She released her first book, Reporting Live in 1999. Her second book, Becoming Grandma was published in 2016.

Lesley Stahl wedded Jeffrey Gordon in 1964. However, this marriage did not last long as it came to an end in 1967. Her second marriage was to Aaron Latham, an author in 1977. Together, they were blessed with one child called Taylor Stahl Latham. Lesley Stahl and her family currently reside in New York City.