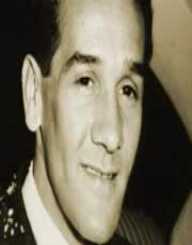 Charles Perkins was born on June 16th, in 1936 in Alice Springs, Australia. He earned his fame for being among the Aboriginal Australians. He was also an administrator and a soccer player.

Charles Perkins was born Charles Nelson Perkins on June 16th, 1936. He was the son of Connelly, his father, and Hetty, who was his mother. Both of his parents were from different ethnic communities. His father was from the Kalkadoon whereas his mother was from the Arrernte tribe. Perkins enrolled at St Mary's Church School and later went for his higher education at Adelaide's 'St Francis College. He also went to the University of Sydney after which he graduated with a BA in 1966. While pursuing his higher education, Perkins worked part-time as a janitor.

Charles Perkins career took off during the 1950s when he was a talented soccer player. In the beginning, he used to play for Port Thistle, a football club in Adelaide. After a year of playing with the club, he went on to play for a junior soccer team situated in South Australia. Other teams that he played for as a soccer star were Fiorentina, Budapest and International United.

In 1957, his soccer talent was spotted by Liverpool F.C and was persuaded to join them. Nonetheless, Perkins opted to join Everton F.C. He did not spend time here as he eventually quit following an argument with the manager of the club. He went on to join Bishop Auckland F.C., an English football club before proceeding to play for Adelaide Croatia in Australia.

In 1965, Charles Perkins participated in the Freedom Ride as one of its members. At this time, the members took a bus tour while protesting for the Aboriginal folks. The United States Freedom Campaign motivated Their actions for civil rights that had been held in 1961. Their Freedom Ride movement had a goal of exposing the different ways of lives that the Aboriginal folks claimed to live. Additionally, they wanted to present their health and education perceptions.

In February the same year, Perkins and his team sought to enter one of the swimming pools in Moree that had barred Aboriginal people from entering right from its inception 40 years before. This led to riots all over Australia as Perkins, and White Australians physically challenged his party members. Ultimately, they succeeded in ensuring that the swimming pool did not bar Aboriginal people from swimming in it.

In 1966, Charles Perkins obtained his BA degree from Sydney University. The following year, he continued with his activist’s ambitions in trying to address public issues that were still affecting Aboriginal people. As a result of the national poll that he had instigated the same year, he was voted as the chair of Foundation for Aboriginal Affairs.

During the late 1980s, Charles Perkins was appointed to serve as the Australian Soccer Federation’s Vice President. He was also to chair the Indoor Soccer Federation. In 1989, he was chosen to act as the chairperson of the Arrernte Council of Central Australia.

Charles Perkins got hitched to Eileen Munchenberg in late 1961. The two had three children.

Charles Perkins passed away on October 18th, in 2000. He suffered kidney failure which led to his death at the age of 64.