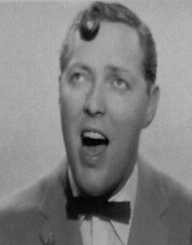 American singer and songwriter Bill Haley was born as William John Clifton Haley, Jr., on July 6, 1925, in Highland Park, Michigan, United States of America. Both his parents were musicians. His father William Albert Haley was a native of Kentucky and used to play mandolin and banjo during his youthful days. His mother Maude Green, who hailed from Ulverston in Lancashire, United Kingdom, was a classically trained expert keyboardist. His family moved to Bethel, Pennsylvania to avoid the onslaught of the Great Depression so effective in and around Detroit. Bill arrived at the city of Bethel at the age of seven and made his first appearance in an entertainment event by the age of 13. He played guitar and performed songs on behalf of the Bethel Junior Baseball team.

He underwent a surgery at the age of four and was blinded in his left eye due to the accidental severing of an optic nerve in course of the operation. Later, he sported a special spit-curl hairstyle to shift attention towards his right eye.

Bill Haley joined Down Homers, a Pennsylvania-based professional western swing band, in 1946. Upon making his first record in 1948 he engaged himself as a disk jockey (DJ) in Chester, Pennsylvania the following year. He envisioned the changing scenario of music that the growing teen population would love to hear and created his own musical groups ‘Four Aces of Western Swing’ and the ‘Range Drifters’. On behalf of the ‘Four Aces’, he recorded some country hit singles during the late 1940s and released these singles through ‘Cowboy Records’. He also worked as the musical director of radio station WPWA in Chester, Pennsylvania since 1947 for six years.

During the early 1950s, Haley dissolved his earlier musical groups and embarked upon a solo music career for a short while. Soon, he formed another musical group called the ‘Saddlemen’ and went on recording for different labels. The group made their first recording in 1951 on Keystone Records in Philadelphia and came up recording a cover of ‘Rocket 88’ on June 14, 1951.

In 1952, the ‘Saddlemen’ was renamed as ‘Bill Haley with Haley's Comets’. The group recorded a rock and roll song "Crazy Man, Crazy" in 1953 which hit the American chart ascending to No. 15 on the Billboard and No. 11 on Cash Box, the first rock and roll song to have achieved such a  feat. The name of the group was soon modified to "Bill Haley & His Comets".

Haley recorded his first major hit single “Rock Around the Clock” on April 12, 1954. It is considered to be the first true rock and roll song. The initial response of the song was not that great, positioned at the number 23 at the Billboard Pop Singles chart it remained on the chart for a few weeks. However, when it re-entered the chart a month later, it peaked at number one. He soon recorded a cover of Joe Turner's "Shake, Rattle and Roll" and made an immediate international impact. "Shake, Rattle and Roll" sold over a million copies throughout the world and became the first rock and roll song to get the distinction of entering the British single charts. The record also became Gold.

In 1955, his “Rock Around the Clock” was adopted as the theme song of the Glen Ford starrer film ‘Blackboard Jungle’. As a result, it peaked at the number one position of the American Billboard chart and stayed there for the next eight weeks.

Bill Haley married Dorothy Crowe on December 11, 1946. The couple was blessed with two children before their divorce on November 14, 1952. He married Barbara Joan Cupchak on November 18, 1952, immediately after his official divorce with his first wife. Bill and Barbara together have five children. They divorced during 1960. He tied the nuptial knot for the third time with Martha Velasco. The marriage was solemnized on January 14, 1963. They too have three children together.

Bill suffered alcohol addiction related problems since the 1970s. He was diagnosed with an inoperable brain tumor in 1980. He breathed his last on February 9, 1981,0 in his home in Harlingen, Texas.

He is regarded as one of the father's and original king of the rock and roll genre of music and the greatest musical pioneer of the 20th century.