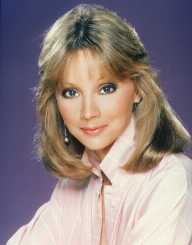 Shelly Long is an award-winning actress for her outstanding performances in comedy series. She is well-known for her permanence’s as Diane Chambers in a sitcom comedy titled, ‘Cheers’ and her role in ‘Frasier.' Additionally, she has played a recurring role on the ABC comedy series, ‘Modern Family’ as DeDe Pritchett.

Shelly Long, is the daughter of Ivadine and Lee Long, born on August 23, 1949, in Fort Wayne, Indiana. She attended Indiana High School Forensic Association where she competed on her speech team and won the National Forensic League’s National championship in 1967.

Long also graduated from South Side High School and joined North Western University where she studied drama. However, she left the university before her graduation and pursued a career in acting and modeling.

Shelly Long started her acting career in Chicago where she did commercials and joined The Second City comedy troupe. By 1975, she co-hosted, wrote and produced a TV program titled, ‘Sorting it out.' She also appeared in Shampoo print advertisements and Campy soap commercials.

In 1981, she played the role of Tala in ‘Caveman’ and starred as Belinda in a comedy titled, ‘Night Shift’ in 1982 and starred in ‘Losin’ It’ in 1983. Long received public acclaim in the feature film titled ‘Cheers’ as Diane Chambers. However, she left the show after the fifth season in 1987.

While still playing in ‘Cheers’ Shelly Long starred in ‘Irreconcilable Differences’ and comedy films such as, ‘The Money Pit,' ‘Outrageous Fortune’ and ‘Hello Again.' She also played in ‘Troop Beverly Hills' and made a television appearance in an ABC miniseries titled, ‘Voice Within The Lives of Truddi Chase’ which earned her critical praise for her role.

Other film roles followed such as a romantic comedy ‘Don’t Tell Her It’s Me’ and ‘Frozen Assets.' In 1992, she played a lead role in ‘Fatal Memories: The Eileen Franklin Story’ based on a woman with trauma’s that resulted from rape by her father and where she witnesser her father kill her childhood friend to prevent her from telling on him.

During the same period, Shelly Long co-starred with Lindsay Wagner in, ‘A Message From Holly’ and resumed in ‘Cheers’ as Diane. She also stared in a two-season series, ‘Good Advice’ followed by several episodes of ‘Frasier,' in 1993.

Later in 1995, she played as Carol Brady in ‘The Brady Bunch Movie’ and reprised her role in ‘A Very Brady Sequel’ in 1996. Additionally, she appeared in a made for TV, ‘Freaky Friday’ and played as the Wicked Witch of Beanstalk in, ‘Sabrina, the Teenage Witch’ in 1997.

In 1999, Shelly Long starred in a TV drama film titled, ‘Vanished Without a Trace’ followed by her role in, ‘Dr. T and the women’ and ‘The Brady Bunch in the White House.’ Other TV shows she has guest starred include, ‘8 Simple Rules’, ‘Boston Legal’ and ‘Strong Medicine.’

Long also appeared in the episode, ‘Death Be Not Proud’ of ‘Boston Legal’ followed by the episode, ‘The New Neighbors’ of ‘Yes, Dear’ and in two episodes of, ‘Complete Savage’ in 2005. She also had starring roles in 'made for television movies' such as, ‘Falling In Love with the Girl Next Door’ and ‘Honeymoon with Mom’ in 2006.

In recent years, from 2009-2017 Shelly Long has had a recurring role in season 5 of ABC sitcom, ‘Modern Family’ as the ex-wife of Jay Pritchett and  ‘Ice Dreams’ and ‘Holiday Engagement’ in 2011.

In 2012, she guest appeared in ‘Switched at Birth’ and produced and played in ‘The Dog Who Saved the Holidays’ followed by ‘Different Flowers’ in 2016. In 2017, she has produced the film titled, ‘Angel’ followed by her role as Judy Wilkins in ‘Sothern Christmas.’

Shelly Long married her second husband, Bruce Tyson in 1981. The couple has a daughter named Juliana and a stepson. She attempted another pregnancy but had a miscarriage in 1989. The two divorced in 2004. Long stayed in the hospital for nine days from November 16, 2004, due to an overdose of painkillers.

Shelly Long received a Golden Globe Award Nomination for her remarkable performance as a Leading Actress in 1984. In 1983, she won an Emmy Award for her outstanding leading role in a Comedy Series and received two  Emmy Award Nominations for her role in ‘Cheers’ and ‘Frasier’ in 1993. Additionally, Long won the title, Best Actress in A TV Series comedy or musical in 1985 followed by a nomination for Best Actress in a motion picture in 1985.