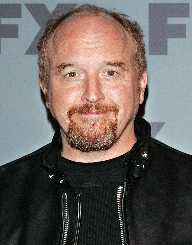 Louis C.K. was born on September 12, 1967. He is an American-Mexican stand-up comedian. He is also a writer, actor and a filmmaker. He is well renowned for his observational, self-deprecating, dark and shock humor. He is currently Fifty one years old.

Louis C.K. was born Louis Szekely on September 12, 1967, in Washington, D.C., United States. He was born to Luis Szekely and Mary Louise. He was brought up alongside three siblings. In 1968, he alongside his family members moved to Mexico. He later on in his young years learned Spanish. In 1974, he alongside his family members moved back and settled in Boston, United States. He then started learning English.

In 1984, Louis C.K. started up his career by directing ‘Trash Day’ which was a comedic short film. In 1985, he performed his first standup comedy at a comedy club in Boston. In 1989, he moved to Manhattan where he was involved in acting in several television programs. His works included appearing in ‘Evening at the Improv’ and ‘Star Search.’ In 1993, he did a short film ‘Ice Cream.’ He later auditioned at the ‘Saturday Night Live’ but turned out unfortunate. He later merged with Robert Smigel in ‘TV Funhouse’ program.

His first writing job was in ‘Late Night with Conan O’Brien’ which was Conan O’Brien’s late-night talk show. In 1995, he wrote for ‘Late Night with David Letterman.’ He also wrote short films for the ‘Howie Mandel’s Sunny Skies’ show. In 1996, he worked at ‘The Dana Carvey Show’ as a head writer. His half-hour comedy special was also released. In 1997, he started writing for ‘The Chris Rock Show’ until 1999. In 1998, he was a writer and a director of the film ‘Tomorrow Night.’

In 1999, Louis C.K. was the host for the ‘Shortcuts’ show. He also starred in ‘The Filthy Stupid Talent Show’ which was a mock talent show television special. In 2000, he appeared in the comedy ‘Tuna.’ In 2001, he performed ‘Comedy Central Presents’ which was a standup series. He later wrote and directed ‘Pootie Tang’ film. He later had co-written the screenplay ‘Down to Earth.’ In this same year ‘Live in Houston’ which was his first comedy album was released.

In 2002, he lent his voice to the animated series ‘Home Movies’ as Brendon Small’s estranged father. He later joined the writing staff of the ‘Cedric the Entertainer Presents’ sketch comedy show. In 2005, he starred in the stand-up series ‘One Night Stand.’  In 2006, he created, starred and wrote ‘Lucky Louie.’ In 2007, he launched ‘Shameless’ which was his first hour-long special. In 2008, he recorded ‘Chewed Up’ which was his second hour-long special.

In 2009, Louis C.K. recorded and directed ‘Hilarious’ which was a concert film. He also appeared in ‘Parks and Recreation’ as Dave Sanderson, a role he played until 2012. He was also a co-star in ‘The Invention of Lying.’ In 2011, he recorded and released ‘Live at the Beacon Theatre’ which was his fourth full-length special. In 2012, he made two audio-only downloads which included: ‘WORD- Live at Carnegie Hall’ and ‘Live at the Beacon Hall.’

Louis C.K. later co-starred in ‘Trumbo’ which was a biographical drama film. In 2016, he wrote, directed and starred as Horace in ‘Horace and Pete.’ He later lent his voice to the animated film ‘The Secret Life of Pets.’ In 2017, he had his standup special filmed. He later directed the film ‘I Love You, Daddy.’ He had a break in comedy after being criticized for his sexual misconduct. In 2018, he returned to the industry.

In 2012, Louis C.K. won the Peabody Award. He has won the Primetime Emmy Award six times. He has also won the Grammy Award for Best Comedy Album twice.

In 1995, Louis C.K. married Alix Bailey with whom they had two children. In 2008, they divorced. He is currently Fifty one years.