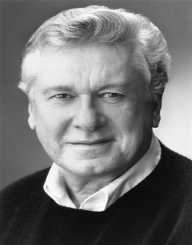 Tony Award nominee, State actor and director, Brian Murray came to prominence for his tremendous roles in films like Twelfth Night and The Crucible. He started his career in 1965 when he joined a Broadway theater. At 79 years of age, he is still strong and witty to the core. And NO! There aren’t any rumors that he is retiring soon. In fact, he has tons of projects and he has nothing else to say, but to watch this space. Hailing from South Africa, Brian is defined as an extremely creative actor who possesses a unique style of acting, unlike other thespians. His multifaceted nature gives him a chance to play a wide array of characters. Let’s see what he has in store for us.

From the start, Brian is regarded as a strong-willed and tactful person who prefers to overcome his obstacles with heedful thoughts. He is the type of person who never gets tired until the job is done. Perseverance and zeal drive his life. Above all, Murray loves to command others along the way. At a glance, he seems to employ a magisterial skill that is loved by all. At his best, he likes to have a good sense of responsibly that gives him a chance to embrace dependability. Read along.

On 10th, September 1937 Brian Murray was first seen in the world in South Africa, Johannesburg. His father was known as Alfred Bell while his mother was called Mary Dickson. He joined King Edward VII Public School in Johannesburg. While there, Brian loved to participate in school dramas and theater plays. This acted as his natural talent that grew stronger after the completion of his studies. After a short pause, he joined the Roya Shakespeare Company in the United Kingdom as an enthusiast actor. It was there that he showcased his talent in different plays. Some of his vital roles include Romeo in Horatio, Cassio in Othello, and Edgar in Lear and Lysander in A Midsummer Night’s Dream play.

In the mid of 1950, Brian started to appear in stages where he was featured in a play called The Browning Version as Taplow. He followed it up with films like The Angry Silence and The League of Gentlemen both in 1960.

Subsequently, he teamed up with Broadway Theater and it was here that his talent grew stronger as days passed. Over the years, Brian was featured in films and series like The Little Foxes, The Crucible, Rosenkrantz, and Guildenstern Are Dead, The Play about the Baby, Ashes and much more.

With much affluence behind his back, Brian Murray was featured in a drama series such as Noises Off and Travels with My Aunt. To date, Brian loves to surprise his fans with different roles. He is one type of actor who will be seen in a horror, comedy, romcom and thriller films.

After two years in both film and television industry, Brian appeared in films like Twelfth Night, Claudius and Hamlet. In 2002 he played as John Silver in an animated film called Treasure Planet. From 2003 to 2011 Murray has been in countable of films such as Dream House, Bob Roberts, My Dog Tulip and In the Family.

Murray’s vital roles made him to garner over five awards and countable of recognitions. Some of the notable ones include Broadway’s Tony Award and Joseph Jefferson Award in 1976 and 1977.

There is little to glean information about Murray’s personal life. However, sources say that he currently lives in the United States. Aside from his acting skills, Brian has authored several novels including H.G Wells, Charles Dickens among others.