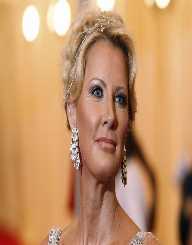 At only 27 years of age, Sandra Lee’s name had nothing to do with delicacies. When she dropped out in the middle of her education, she started a high-pitched business. In the midst of nowhere, she introduced Black and Decker security systems at a famous garden and home shows. This happened before establishing her label called Kurtain Kraft. She took the time to enlighten and counsel herself about the said job. It was here that she created a selling add, and her products started to boom internationally.

Before hitting 30, Sandra Lee turned into a millionaire. Even before“Ain’t nobody got that time for that” meme came to reality, Lee was a reality herself. To date, Sandra is defined as a multiple award winner and global expert when it comes to life, style, and home. She also acts as an Editor in Chief of sandralee.com as well as Sandra Lee Magazine. She is still working as a creator and host of notable television shows that air on Discovery Family, ABC, Food Network, and Cooking Channel among others.

Sandra Lee is one woman that cares more about her freedom and independence than having a messy hair. Throughout her career she has published over 30 cookbooks, hosting five TV shows and running a magazine. In regards to this, she knows the real definition of time management. Being a family oriented lady, she knows how to plan for her day to day routine.

Sandra tends to focus on four major things: family, career, philanthropy, and friends. When it comes to her physique, her fans always talk behind her back wondering how tall she is. Enough of that said Lee is 5ft and 9 and a half inches.

On July 3, 1966, Sandra Lee Waldrop was first seen in the world in California, Los Angeles, and Santa Monica in the United States. She was born to Vicky Svitak and Wayne Waldrop who were in their teenage years when they gave birth to Lee. She opted to drop her last name and focus on the two. At two years old, her parents parted ways where she went to stay with her great-grandmother, Lorraine. She lived with her Grandma for some time together with her younger sister, Cindy. To date, Sandra still applauds her Grandma's hard work. She loved to bake for both leisure and money.

After few years, Vicky got married where she took Cindy and Sandra to her new place. Once again her mother’s marriage passed through test times, and Sandra served as the breadwinner. From a noblewoman to a stranded lady, Sandra’s mom began to give up. It was here that she befriended drugs to the point of sleeping the whole day and night.

Sandra Lee didn’t have an option than to struggle for her sibling’s basic needs. At 15 years of age, Lee left home where she went to live with her protective father, Wayne. She tried to forget her past life and half-siblings, but all was in vain. Depression surrounded her like a plague to the point of wanting to survey suicidal motives.

Career as a Professional Chef

With a never give up soul Sandra Lee attended the University of Wisconsin where she dropped out in the middle. From the start, Lee was perfect when it came to decorating her grandmother’s home. It was here that she came up with a fantastic product called Kurtain Kraft. In the process, she sold her product as well as a broad range of home improvement short videos.

Before knocking the new millennium, Kurtain Kraft garnered over $6 million profit. It was here that she landed a job at KB Home and in the middle of all; she married the company’s CEO called Bruce Karatz. But their marriage ended in divorce.

Sandra Lee continued to venture into her cooking career where she published her first book. She followed it up with a cooking show on The Food Network in 2003. Since then she is now known for creating the best gardening, home and crafting products. She has out of world recipes that comprise of easy-to-carry food to exclusive brands that aren’t yet on the market.

In the mid of 2009, Sandra Lee opened her second Food Network show that she called Sandra’s Money Saving Meals. She followed it up with semi-holiday specials called Sandra Lee Celebrates.

Personal Life and Other Works

Early in 2005, Sandra Lee dated Andrew Cuomo, New York Governor. The two lived as husband and wife and Sandra was named as the first Lady of New York. Lee’s past and current life has been illustrated in her 2017 memoir called Made from Scratch.

She is also an envied philanthropist who now acts as a national spokesperson for Share Our Strength’s No Kid. In the mid of 2015, Lee announced that had been battling breast cancer. Thankfully it was discovered in initial stages that led to her early treatment. She is now declared as a cancer survivor.