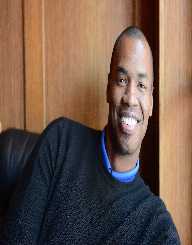 Jason Collins was born on December 2, 1978, in Los Angeles, California, USA. Jarron Collins, who is also a professional basketball player, is his twin brother.

As a teenager, Jason Collins attended Harvard-Westlake High School. While there, Collings and his twin brother both played on the school’s basketball team. He later graduated from this school in 1997.

After graduating from high school, the Collins brothers went on to attend Stanford University together. Jason Collins was not able to play basketball in his first year at Stanford as much as he would have liked to, in part because of an injury he suffered early in the season. However, when he did play, he played well, earning on average about 15 points per game. Jason Collins continued to play basketball throughout his college career. He eventually graduated from this school with a bachelor’s degree in communications.

In 2001, Jason Collins was drafted into the NBA to play for the New Jersey Nets team. Collins continued to do well as he played for a professional basketball team. For his first few years with the Nets, he only averaged about six points per game, but he was an excellent defensive player. At seven feet tall, he towered over many of his opponents, which is a great quality for any basketball player to have. In 2002 and 2003, he was able to help his team reach the NBA finals, so it could be argued that these were some of his best years with the Nets. However, his worst year, foul-wise came in the 2004-2005 season, when he earned more than 300 personal fouls. Even with the fouls, Collins continued to play for the Nets until about 2008.

In 2010, he played for the Atlanta Hawks. He stayed with this team for three straight seasons. He played exceptionally well while with this team, helping the Hawks reach the playoffs in each of his three seasons.

In the 2012-2013 season, Jason Collins moved teams again, this time playing for the Boston Celtics for a short time, and then for the Washington Wizards during the same season. He did not play well during this season. He only averaged about one point per season--a personal low for Collins.

In the 2013-2014 season, Jason Collins played for the Brooklyn Nets. In this season he did slightly better in the season before, scoring about three points per game. After this season, Collins officially announced his retirement from professional basketball.

Jason Collins was inducted into the National Gay and Lesbian Sports Hall of Fame in 2013, shortly after coming out and saying that he was gay.

One of the things that Jason Collins is most famous for is for his bravery in coming out as gay in 2013. He had previously been in long-term relationships with women (including being engaged to Carolyn Moos) to cover up his true sexuality. Currently, Collins is in a homosexual relationship with movie producer Brunson Green.