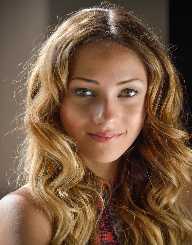 Skylar Stecker had an early start to her singing career. Though she is still in her teens, she has been showing promise in both music and acting.

Skylar Stecker was born on April 24, 2002, in Tampa, Florida. She was raised in Wisconsin with her younger brother as her family is initially from that state. She always had an interest in entertaining and music. When her career started taking off, the family moved to California to be closer to more opportunities for her career.

Skylar Stecker was discovered when she participated at the 2012 International Models and Talent Association Awards. She earned the best singer and most sought-after talent awards.

Skylar Stecker released her first song on YouTube in 2013. In four months, her original piece “Little Bit Too Much” was viewed more than one million times. She continues to update her YouTube channel with cover songs from other popular artists as well as her original songs. She branched out of her social media niche with her first studio album. This is Me was released in 2015 with songs such as “Rooftop” and “Crazy Beautiful.” In 2016, Stecker signed a one album deal with Walt Disney Records.

Skylar Stecker has also performed for live audiences. For example, she sang “The Star-Spangled Banner” at major sporting events including professional basketball and football. She sang for the Wisconsin Badgers. In fact, she has performed the song more than 100 times. She also toured with pop and hip-hop stars Kalin and Myles. Along with her successful singing career, Skylar Stecker has also started on her acting talents.  Between 2013 and 2015, she appeared in guest roles in “Super Fun Night,” “Austin & Ally,” and “Bad Hair Day.”

Skylar Stecker spends her time working with charitable causes for the care and protection of animals. She supports PETA and their animal rights efforts. Not only does she participate in fundraising events, but she has also chosen to live a vegan lifestyle.

Libby Award, Best Use of Internet Stardom for Animals, 2015

In her free time, Skylar Stecker likes to cook.