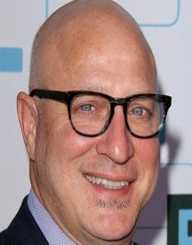 Tom Colicchio is an author and a restaurateur; he is the founder of Gramercy Tavern, a famous restaurant based in New York. For the longest time, Colicchio has been a judge and an executive producer of Top Chef, a Bravo reality show.

He also owns a chain of hospitality collections including, Temple Court, Craftbar and Heritage Steak.

Tom Colicchio was born on 15th August 1962 as Thomas Patrick "Tom" Colicchio in New York. His parents were Thomas and Beverly Colicchio. Both his parents had Italian heritage. He learnt the fundamental cooking techniques from books such and La Methode and as La Technique, written by the famous French chef Jacques Pépin.

His kitchen abilities were inspired by his grandmother. Colicchio started cooking at a young age, working as a teen chief in his hometown.

At 17, Tom Colicchio was hired in Evelyn's Seafood Restaurant. He was later employed by a string of major restaurants in New York career. At one point of his early career Colicchio, was named in the top 10 best upcoming chefs in the U.S by Food and Wine magazine.

Colicchio and his business partner Danny Meyer started the journey of building their restaurant, Gramercy Tavern in 1994 in Manhattan. Gramercy Tavern gained a lot of popularity, and it was voted the best restaurant in New York City by a survey conducted between 20013 and 2005 by Zagat Survey. He later sold all his shares at Gramercy Tavern with an ambition of starting his restaurant.

A year after he had left Gramercy Tavern, Tom Colicchio started his restaurant, just one block away from Gramercy Tavern, he opened a restaurant focused on vegetables and exclusively prepared beef. His restaurant was voted the Restaurant of The Year in 2002 by James Beard Foundation. During the horrendous September 11 attack, Colicchio was among the volunteers serving food to workers in a rescue mission.

Tom Colicchio's wife gave birth to an underweight child in 1993; the child weighed less than 2.5 pounds. This forced Colicchio to impact in a risky affair. His failure to get an ambulance forced him to run in the rain to the neonatal intensive care. The doctors then warned that the baby boy could suffer from various health defects. The boy, however, grew up a healthy life.

After his divorce with his first wife, Colicchio started seeing Lori Silverbush, a filmmaker. The two met at Gramercy Tavern, where Silverbush was a waitress. The couple later did a colorful wedding on 15th September 2001. They were however not able to go on their honeymoon because of the September 11 terrorist attack.

In one of the most prestigious awards, Tom Colicchio was named as the country's best chef according to James Beard Foundation.