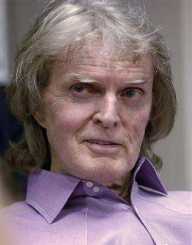 John Donald Imus, Jr. was born on July 23, 1940, in Riverside, California. He and his younger brother grew up in a family-owned cattle ranch in Prescott, Arizona. During his adolescence, he often changed schools. When Imus was 15 years old, his parents divorced, and he left school. In 1957, he joined the Marine Corps and served as a bugler until 1960. During this time he began to suffer from alcoholism.

After leaving the military, Imus began working as a window dresser and dreamed about becoming a rock’n’roll musician. His career stints were not successful, and for a while he was homeless. In 1961, he went to Arizona to work in uranium and copper mines and made another attempt at a recording career. He started to work for the Southern Pacific Railroad, but after sustaining an injury, he left the job, earning a cash settlement.

While Imus was still working as a brakeman for the Southern Pacific Railroad, he won a talent contest at a nightclub. He began working as a singer and songwriter for Johnny Otis. He then went to a local radio station KUTY in Palmdale and persuaded the owner to hire him as a disc jockey. He stayed at the station until 1969, when he began working at a radio station in Stockton, California. He was fired from this job for saying “Hell” on air but got hired by KXOA station in Sacramento, California. The show quickly became popular for his on-air pranks.

For a short while, Imus worked in Cleveland, Ohio and then moved to New York City, where he began working at the WNBC radio. During this time, he recorded three albums- 1200 Hamburgers to Go, One Sacred Chicken to Go with Anthrax and This Honky’s Nuts. His show Imus…In The Morning…In The Evening was aired in 1973. In 1977, he was fired from WNBC and returned to Cleveland as afternoon drive host on WHK.

In 1979, Imus was rehired by WNBC and his morning show was revived. During this time, the radio station also hired Howard Stern, who shows ran after Imus’s show. The rivalry between the two hosts continued for many years, and they appeared briefly on each other’s shows. During this time, Imus was also known for his character Billy Sol Hargis, who touted the merits of the First Church of the Gooey Death and Discount House of Worship. In 1981, he published the novel God’s Other Son which spent seven weeks on the New York Times bestseller list.

Imus became the announcer for Geraldo Riviera’s TV series Good Night, America. In 1985, he became one of the inaugural video jockeys for the VH-1 cable network. His language and behavior on-air draw attention of the press.

In 2007, Imus was discussing the NCAA Women’s Basketball Championship and commented on the Rutgers University women’s team as “rough girls.” His producer responded and referred to them as “hardcore hos,” to which Imus commented on them as “nappy-headed hos.” This commentary sparked public outrage, and Imus later apologized for his remarks. However, the public demanded Imus to be fired, and shortly after he was suspended.
In 2007, it was announced that Imus in the Morning would no longer be simulcast. Also, several sponsors pulled their ads from the show. The same day, Imus met with the basketball team, and they accepted his apology, later stating their regret that he lost his job. Imus later hired a prominent attorney and pursued a wrongful termination lawsuit against CBS. He settled his $40 million contracts.

Imus is a partial owner of the Autobody Express stores with his brother Fred. However, the company failed in 2003. He also owns a coffee and pastry store in Mohegan Sun casino. In 1990, 1992 and 1997, Imus won the Marconi Award for Major Market Personality of the Year. In 1997, he was named as one of the 25 Most Influential People in America.
Imus and his wife Deirdre ran the Imus Ranch in New Mexico for children suffering from cancer or blood disorders, as well as for young people who lost their siblings to sudden infant death syndrome. He and his wife are the founders of the Deirdre Imus Environmental Center for Pediatric Oncology at Hackensack University Medical Center in New Jersey. He has been involved in the Tomorrow’s Children Foundation.