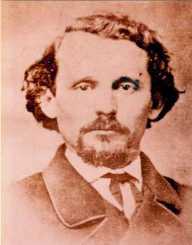 Nathan Bedford Forrest was born on July 13th, in 1821. Back in the day, Forrest made his fortune out of engaging in the slave trade business. In addition to this, he got rich through his cotton plantations. During the Civil War period, Forrest came up with a cavalry which he used to fight the Civil War. The tactics that he used while battling made him a renowned cavalry fighter during this time. He later tarnished his image in 1864 where he fought at the Battle of Fort Pillow. He was involved in the murder of over 200 unarmed troops who were mainly from the black race. Forrest was also successful even after the war came to an end as he engaged in several businesses. On October 29th, 1877 Forrest passed away.

Nathan Bedford Forrest was born on July 13th, 1821. His birthplace was in Tennessee. He was born to a poor family of 12 children with him, and his twin sister is the oldest. His father, William Forrest was a blacksmith while his mother was called Miriam Beck. Later on, when Forrest was only 17 years old, his father and his twin sister passed away. Both of them had been suffering from scarlet fever which contributed to their quick death. Their death made Forrest act as the head of the family.

After his father died, Nathan Bedford Forrest joined his uncle, Jonathan Forrest who worked as a tailor. A few years later in 1845, his uncle was murdered while engaging in a heated fight involving a business disagreement. Devastated and angry, Nathan went on a revenge mission after which he killed two of his uncle’s murderers and left others wounded.

Still, in 1845, Forrest tied the knot with Mary Anne Montgomery and together they had two children. Moments later, he migrated with his family to Memphis, Tennessee. Here, he practiced cotton farming which contributed to his wealth. In addition to this, he owned a stagecoach company while thriving in gambling. Business was doing well, and Forrest diversified as he also dealt with the slave trade and land business. Around this time, he was one of the richest men in Tennessee. His fame contributed to his election to the post of Memphis alderman in 1858.

At the beginning of Civil War, Nathan Bedford Forrest moved back to Tennessee and became a member of the Confederate States Army (CSA). In 1861, Forrest, his brother, and his 15-year-old son joined the Tennessee Mounted Rifles which was a company owned by Captain Josiah White. The CSA was not well equipped in terms of ammunition. This prompted Forrest to dig deeper into his pockets and buy guns and other necessary supplies that would strengthen the CSA unit. With time, he became the lieutenant colonel and was given the freedom to train his regiment. In 1862, Forrest’s army was held on a siege by the Union Army under the commands of Major General Ulysses S. Grant. They did not surrender as Forrest led more than 4000 troops to break away from the siege.

After successful battles, in 1864, Nathan Bedford Forrest led his cavalry in attacking and taking over of Fort Pillow. Most of the Union soldiers that the fought against were mostly from the black race. Forrest’s troops brutally murdered a good number of them. A few months later, controversies sprang up as to whether Forrest had conducted the massacre of black soldiers who had already surrendered at Fort Pillow.

While the war was still going on, at some point Forrest’s troops grew weaker, and he surrendered in 1865. He did this after hearing that General Robert E. Lee had also surrendered.

Nathan Bedford Forrest ventured back into business after the war came to an end. First, he had to migrate back to Memphis, Tennessee. Here, he continued with his planting business and incorporated other activities such as lumber business. During the 1860s, he linked himself to Ku Klux Klan, a secret society.

During his lifetime, Nathan Bedford Forrest was only married to Mary Anne Montgomery, and they had two children William and Fanny.

Nathan Bedford Forrest also had acute diabetes which affected his health and later caused his death on October 29th, 1877.