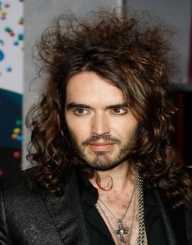 Russel Edward Brand was born on June 4, 1975, in England. Brand’s parents divorced when he was six years old, and he continued to live with his mother. When Brand was seven years old, he was sexually abused by a tutor. His childhood didn’t get easier. Brand’s mother got sick with uterine cancer when he was eight years old, and Brand was sent to live with relatives. As a teenager, he suffered from bulimia. His mother recovered, but Brand left their home, because of major disagreements with her new partner. He spent some time with his father, but only occasionally. In his teens, Brand’s took him to Thailand to visit prostitutes.

Brand made his theatrical debut when he was 15 years old at his school production. He went to Grays School Media Arts College and in 1991 enrolled in Italia Conti Academy. He was expelled from the school for drug use and poor attendance.

In the 1990s Brand appeared on several minor TV projects. His career started to take off when Brand showed his talent for stand-up comedy. In 2000, he competed in the New Act of the Year contest at London’s Hackney Empire theater. After his performance, Brand landed a role as a presenter on MTV. He was fired from the job after coming to work dressed as Osama Bin Laden on the day after September 11 attacks.

In 2002, Brand started to work on TV series Re: Brand, which he later called psychological self-harm. In the show, Brand got in a ring with his father, bathed with a homeless person and did other odd things. During this time, he went to rehab and incorporated his struggle with drug abuse in 2004 stand-up act Better Now.

Brand was also a sex-addict. He went to a rehabilitation center and later released a book My BookyWook: A Memoir of Sex. Drugs and Stand-Up. Brand had his breakthrough in the United States in 2008. He had a part in 2008 movie Forgetting Sarah Marshall and also hosted the MTV Awards ceremony the same year.

In 2010, Russell Brand started to work on the Get Him to the Greek show. He was also voicing a part in the animated film Despicable Me. Brand also wrote a sequel to his book, BookyWook 2: This Time It’s Personal. In the book, he writes about his relationship with Katy Perry.

Brand appeared on several film projects, like 2011 fil Arthur and voiced the Easter Bunny in animated film Hop. One of his most successful projects had been the 2012 musical Rock of Ages with Tom Cruise.

Russell Brand has always been a troublemaker, and he has been diagnosed with attention deficit hyperactivity disorder, as well as bipolar disorder. He also suffered from bulimia, sex, and pornography addiction and went through a period of self-harming.

He has shown interest in the Hare Krishna Movement and is a practitioner of transcendental meditation and is a vegetarian. He currently lives in Shoreditch, London.

In 2009, Brand met pop-singer Katy Perry. They started dating and got engaged in the same year. Perry and Brand married in India, in December 2010 in a Hindu ceremony. The following year, brand filed for divorce. He later stated, that her work schedule, as well as doubts about having children led to the end of their marriage. Brand informed her of his decision, by sending an SMS on New Year’s Eve.