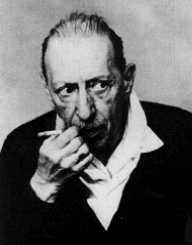 Igor Fyodorovich Stravinsky was born on June 17th, in 1882. He was famous for being a composer, conductor and a talented pianist. His contribution to the music industry was insightful during the 20th century. In his career as a music composer, he has often received admiration for being exceptionally diverse. He later moved with his family to Switzerland and after that to France. At this time, he released notable works such as Renard and Persephone. In 1939, he further moved to the United States where he completed one of his greatest work called Symphony in C. He earned his American citizenship around this time. He died in 1971 at the age of 87 with a legacy of over 100 works that he left behind.

Igor Stravinsky was born on June 17th, 1882. His birthplace was in Oranienbaum in Russia. He was the son of Fyodor Ignatievich and Anna Stravinsky. His father was also a famous individual at the time of his birth. He was an actor and a celebrated bass opera singer. Igor Stravinsky followed the paths of his father, and from a tender age, he had began playing the piano. When he was young, he was often lonely, and he found solace in music. His parents, however, had different career aspirations for young Stravinsky. They wanted their son to study law.

Igor Stravinsky went for his university education at the University of Saint Petersburg where he became friends with one of his classmates called Vladimir Rimsky-Korsakov. His classmate’s father named Nikolai Rimsky-Korsakov was a renowned composer. With time, Stravinsky took lessons from Nikolai. In 1902, Stravinsky’s father passed away. This gave him the opportunity of pursuing a career that he had always dreamt of.

Three years after his marriage to Catherine Nossenko in 1906, Igor Stravinsky obtained an invitation to orchestrate by Sergei Diaghilev. Diaghilev was the founder of Ballets Russes, and he needed an orchestrator for one of his ballets dubbed Les Sylphides. This opened doors for Stravinsky as he was commissioned to work on The Firebird alongside Michel Fokine. This ballet marked Stravinsky’s career turning point as he garnered high acclaim as a result. The ballet was premiered in Paris in mid-1910.

He cemented his place within the hearts of his fans by releasing Petrouchka the following year. The Rite of Spring followed suit in 1913 and gave a huge boost to his career development.

At the beginning of World War I, Igor Stravinsky and his family eloped to Switzerland. He continued with his works while residing in Switzerland. His notable works during this period include Renard which was composed of 1915 and completed in 1916. Les Noces had been initiated earlier on in 1914, but it was not completed until 1923.

Again, Igor Stravinsky shifted locations and headed to France in 1920 with the company of his family. Here, his famous works include Mavra – 1922, Oedipus Rex – 1927, and Apollon Musagète – 1928. He maintained his productive nature all this time with other works such as Concerto in E-flat, Jeu de Cartes, Symphony of Psalms and Persephone.

Tragedy struck Stravinsky’s family leading to the early demise of his wife and his daughter. The two had suffered from tuberculosis which led to their death. This devastated him, and he again migrated to the US in 1939. While residing in the US, he lectured at Harvard University. A year later, Igor Stravinsky wedded Vera de Bosset. It is in this year that he also managed to complete one of his greatest works, i.e., Symphony in C.

Soon, Igor Stravinsky acquired his American citizenship in 1945 and after that settled in Los Angeles. Around this period, he worked on successful works including The Rake's Progress – 1951 and Agon – 1957.