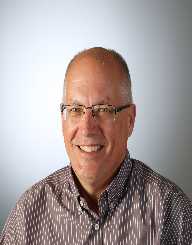 Harry Smith is an American television journalist currently working for NBC News. Born on August 21, 1951, he was the former host for the CBS News morning program, The Early Show. He was also the co-host for CBS This Morning. Harry Smith left CBS New for NBC News to serve as a correspondent in July 2011.

Harry Smith later hosted the now-canceled news magazine show, Rock Centre with Brian Williams. Harry Smith is now a contributing correspondent for NBCNightly News and CNBC as well as an anchor for MSNBC. Harry Smith started his broadcasting career on radio before venturing into television in 1981.

Harry Smith was born on August 21, 19951, in Lansing, Illinois. He is the youngest of eight children of his parents. He showed great interest in broadcasting at a very early age. Harry Smith recalls in an interview with People magazine "My mother tells this story that I came home one time when I was 4 or 5, stood on a chair, and demanded to be heard."Harry Smith received a football scholarship to attend the Central College in Pella, Iowa. Harry Smith graduated with a Bachelor of Arts degree in communication and theatre.

After graduating from college, Harry Smith started his broadcasting career with radio KHOW and KIMN in Denver, Colorado. He later worked with the radio station WLW from 1973 to 1981. After practicing for some years in radio, Harry Smith made a switch to television starting with KRMA-TV in Denver from 1981 to 1982. In 1982, he was hired by KMGH-TV as a reporter and anchor serving until 1985.

A Career With CBS News

Harry Smith joined CBS News as a reporter in 1986. After one year with the network, he was promoted to a correspondent. He would later serve as a contributor to The CBS Evening News with Dan Rather, 48 Hours, and CBS New Documentaries for the next thirteen year. Harry Smith progressed to become the co-anchor of CBS This Morning on November 30, 1987, and would serve in that capacity until June 14, 1996, when he left the show. After This Morning, he featured on the weekly report “Travel with Harry” on CBS Evening News.

His next show was hosting the television series Biography andA&E Network and Modern Marvels on The History Channel from 1999. Harry Smith made a comeback on the CBS morning show, The Early Show on October 28, 2002. He hosted the show alongside co-host Dave Price and Maggie Rodriguez until December 31, 2010. In all, he spent 17 years on the CBS morning show. Harry Smith later briefly served as a Senior Correspondent for CBS News and an anchor in waiting for the CBS Evening News, CBS News Sunday Morning, and Face the Nation.

Harry Smith is married to sportscaster Andrea Joyce with whom he has two children. The family lives in New York. Smith is an avid cyclist and mostly travels on a folding bike when going to work. He also rides a racing road bicycle.