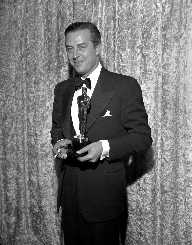 Ray Milland was christened Reginald Alfred Truscott-Jones at birth on 3rd January 1905. His parents, Alfred and Elizabeth Annie Jones gave birth to him in the town of Neath in the Welsh heartland of Glamorgan. As a youngster, Ray Milland was immersed in sports and began riding horses within his uncle’s stable. This was at a time that he was schooling at the Cardiff King's College. He took place with the cavalry by the time he was 18 years old to become a marksman.

Milland was able to rake up a few awards in marksmanship tourneys and one of his defining moments was the eleven shots he fired into a circle in ten seconds. By the time he turned 21, Milland had become an elite member of the Calvary which was the royal family guardsmen.Milland endured a 19 months spell of rigorous training to hone his skills as an equestrian expert.

Ray Milland stayed the length of three years as a guardsman in her Majesty's service but left off to explore acting by 1929. Ray started off as an extra but made his way into leading roles as the years rolled by. Just before the dawn of the 1930s, Milland journeyed across the Atlantic to pursue the American dream. He was able to hold down small roles in Hollywood at the beginning of his American foray. He was much like his peers of that era as he appeared in about five films yearly after signing up for a movie studio.

Ray Milland became a friend of Estelle Brody after meeting her at a party at the time, and while visiting her on a film set, he was urged to take up a role by the film producer. This was on the set of the 1929 film, The Plaything. The follow-up to this lead was the lead male he played in the movie, The Lady from the Sea in 1929 Milland was on the role of MGM till 1933 when his contract ended. He made his back to the United Kingdom after that.

In the next year after leaving MGM, Ray Milland signed a contract with Paramount Pictures. He took a role in the 1934 movie, Burns, and Allen in Many Happy Returns. He also took up the role of a Brit debonair and aristocrat in the 1935 film, The Gilded Lily. Milland's roles during this period came out well-received in audience reviews. He played a lead role in the 1936 movie, “The Jungle Princess” alongside Dorothy Lamour, who was debuting in a movie role. In 1937, Milland came up as a hero on the set of Bulldog Drummond Escapes. Other tropic movies like 1938 Her Jungle Love and Tropic Holiday; completed the tropical theme in a row.

Milland's huge acclaim came in the year 1945 when he starred in the movie, The Lost Weekend. This turned up several reviews for him that were in the positive. Milland's role as a writer with a dipsomaniac personality in the film gave him the identity of Don Birnam.

The New York Times gave Ray Milland enormous thumbs up for the role he played in “The Lost Weekend. “ The newspaper edition published on 3rd December 1945 provided a mileage to Milland’s reputation as a movie star. He was no longer seen as a lightweight actor at this time as he took on the garb of an A-lister. The Oscars were awarded to Ray Milland along with the Film Critics Award in New York. His roles the time was mishmash including playing a publishing magnate on the set of the 1948 flick, The Big Clock. Milland was an art crook in the same year when he starred in the Victorian era movie, “So Evil My Love” as Mark Bellis.

Ray played a man from the dark side in the following year on the cast of “Alias Nick Beal” in a Luciferian albeit dapper role. He wore the garb of a thief once more as a scientist with an evil-bent in the 1952 flick, “The Thief.” Ray Milland's trail of roles continued in the year 1954. He was cast as an athlete with his best days behind him in a role that reprised the life of Tony Wendice, a former Tennis star. The film was titled “Dial M for Murder.” He put up a remarkable mix of emotional detachment and cosmopolitan sophistication in the movie.

The rolling years led to Ray's acceptance of less dignifying films like the 1983 film, Cave In. Before this time he turned up in some anthology themed movies such as the epochal, Battlestar Galactica in 1978. Ray Milland's role also includes such other less successful films like Hostile Witness in 1966 and the 1969 flick, Night Gallery. While some of the latter roles he took were notable, they, however, had mixed results at the box office.

Ray Milland's pastime included playing the yachtsman as well as the fisherman when not on set. He was also a firm explorer of information as he had his copy of encyclopedia at home. Ray was on the set of many interviews as his days wound down on earth and many people loved his show of spontaneity.

His autobiography published in 1976 was titled Wide-Eyed in Babylon.

Ray Milland got married in the year 1932 to Muriel Frances Weber. The union produced a son, whom they named Daniel. They also had an adopted daughter named Victoria.