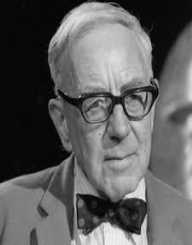 A.J.P. Taylor is an English writer, journalist, TV persona, and historian who rose to fame due to his televised lectures. His most popular and controversial work was published in 1961 entitled The Origins of the Second World and has an autobiography published in 1983 entitled A Personal History.

Taylor married Margaret Adams, his first wife, in 1931. The couple had four children together and their marriage lasted for 20 years until their divorce in 1951. His second marriage also occurred in the same year of his 1951 divorce; this time he married Eve Crosland.

Crosland conceived for him 2 children and their marriage lasted for 23 years until their separation in 1974. Despite being divorced from Crosland, he continued to live with her. His third marriage happened 2 years after his separation from Crosland and he married Éva Haraszti, a Hungarian historian, in 1976.

Born on March 25, 1906, as Alan John Taylor Percivale in Birkdale, Southport in Lancashire, he was the child of Constance Sumner and Percy Lees Taylor. Aside from being wealthy, both of his parents were left-wing supporters and expressed their strong oppression towards the First World War.

As an act of rebellion from, his parents made him attend Quaker schools. Quaker schools are educational institutions of which base their teachings on the testimonies and beliefs of the Religious Society of Friends.

At the age of 18, Taylor attended Oriel College in Oxford to pursue a degree in modern history in 1924 and attained his degree 3 years later in 1927.

After graduating from Oxford, Taylor found a job as a legal clerk. He only worked for it for a limited amount of time before starting his post-graduate work wherein he relocated to Vienna, Austria to study Chartist movements’ effect on the Revolution of 1848.

From this study emerged his first book which was published in 1934 entitled The Italian Problem in European Diplomacy, 1847-49.

While working on his first book, he took a post as a lecturer at the University of Manchester for 8 years starting in 1930 until 1938. After leaving the University of Manchester in the same year, he became a Fellow of Magdalen College in Oxford, a position he held for 38 years until 1976. He also taught modern history at the college and it was also the time where his existence as a popular speaker came to be.

He published his second book in 1938 entitled Germany’s First Bid for Colonies 1884-1885: A Move in Bismarck’s European Policy.

The eruption of the Second World War landed Taylor the opportunity to expand his journalistic inclinations from print to radio, and finally to television. He was one of the first historians recorded to make an appearance on television. He made his first TV appearance on March 17, 1942, at The World at War – Your Questions Answered which aired on BBC Forces’ Radio. He started as a panelist during 1950 on BBC In The News.

In 1984, A.J.P. Taylor had an accident which prompted his retirement the following year. He was crossing Old Compton Street while in London when he was run over by a car. Shortly after, he developed Parkinson’s disease which gradually took away his writing skills.

He made his last public appearance on his 80th birthday when a group of his former students held a public reception for him in 1986. A year later in 1987, he entered a nursing home in Barnet, London. Taylor spent his final 3 years at the nursing home where he died on September 7, 1990, at the age of 84.