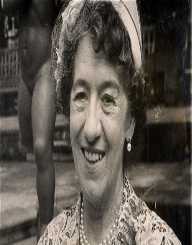 Enid Blyton was born on August 11th, 1897. Her place of birth was in East Dulwich, South London. She is famous for being an exceptional author of children’s books. Throughout her lifetime, she wrote more than 600 children’s books. Her exciting books were ranked as bestsellers since the 1930s. There are more than 600 million copies of her children’s books that have been sold. To this day, her books are still popular among many. Blyton passed away at the age of 71 in 1968.

Enid Blyton was born on August 11th, in 1897. She was the oldest daughter of Thomas Carey Blyton and Theresa Mary. Her father worked as a cutlery salesman. Blyton younger brothers were called Hanly and Carey. A few months after being born, Blyton contracted whooping cough which almost took her life away. However, her loving father did his best to bring her back to good health.

The bond between daughter and father grew, and this contributed to a healthy relationship where Blyton learned many life lessons from her father. With time, she grew to love nature just as her father did. This prompted her to venture into gardening.

Enid Blyton enrolled at St Christopher's School located in Beckenham where she schooled from 1907 to 1915. She was active in sports, and she soon became the champion in tennis. She also was highly respected in lacrosse as she went on to become the captain of the school’s team. In 1911, Blyton participated in poetry competition which was organized by Arthur Mee. Mee found that she had a talent and made a point of encouraging her to keep writing. Sadly, her mother, Theresa Mary thought otherwise as she claimed that her writing efforts were a mere waste of time.

Enid Blyton published her first poem in 1916. It was titled Have You? This poem was published in Nash’s Magazine. During this period, she was pursuing her teaching course after which she completed in 1918. Shortly after, she was a teacher at Bickley Park School.

In 1920, Enid Blyton moved to Chessington and continued with her writing. In 1921, she emerged victorious after winning Saturday Westminster for her essay. This brought the attention of some publications such as Home Weekly, The Bystander, and The Londoner. Attention to her poems and short stories was gradually growing. In 1922, her first book which featured several lyrics was published. It was titled Child Whispers. With time, success followed her, and her works got acknowledged for publication by Teachers' World. Several other publications followed including Real Fairies-1923, The Enid Blyton Book of Fairies- 1924, and Book of Brownies-1926.

During the period from 1934 to 1948, Blyton’s career was a success with the release of several books that were highly acclaimed. Some of these books include The Talking Teapot and Other Tales- 1934, Adventures of the Wishing-Chair- 1937, The Enchanted Wood-1939, The Secret Island-1938 and many more.

In 1924, Enid Blyton wedded Hugh Alexander Pollock, an editor in one of the companies that she published her novels. This was a secret marriage between the two as no one else from either family received invitations. In 1942, the couple separated. This was as a result of the affair that Hugh was linked with. He had been having a secret relationship with another novelist called Ida Crowe. Blyton got married for the second time to Kenneth Fraser Waters, a surgeon in 1943.

During the 1960s, Blyton was diagnosed with dementia. Her health worsened with time, and in November 1968 she passed away. She died at the age of 71.