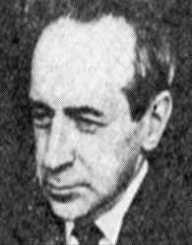 Roy Harrod was an English economist born on February 13th, 1900. He is best remembered for his work The Life of John Maynard Keynes in 1951. Among his other major work was International Economics. As a student, he was greatly influenced by John Keynes. He was his economics teacher during his studies in the King’s College of the University of Cambridge.

Roy Harrod was a bright student and earned himself scholarships that enabled him admissions in good institutions. He was among the few students who studied economics at a time when the subject was thought unusual.

Roy Harrod was born on February 13th, 1900. His place of birth was in the United Kingdom. He was the son of Henrich Harrod and Frances Harrod. Henrich earned a living as a businessman. He was an author as well so was his wife, Frances.

From a young age, Roy Harrod proved to be a brilliant boy. He received a scholarship in 1911 which earned him admission at St. Paul’s School. He was 11 years old at the time. He later transferred to Westminster School. He won another scholarship later and joined the New College in Oxford. During this time he studied ancient history, literature, and philosophy.

In 1918, Roy’s education was put on hold to participate in World War I. He was inducted into the British army where he put his efforts in the artillery division.  He was later relieved of his duties when the war came to an end. He immediately rejoined Oxford and continued his studies.

Roy Harrod studied economics later at the University of Cambridge. Not many studied this subject at the time for it was viewed as unusual. In 1922 he furthered his studies in the subject at the King’s College of the University of Cambridge. During this time he was taught by John Keynes. He later went back to Oxford but remained close to Keynes who had been quite influential to him.

Subsequently, he premiered his study on the theory of imperfect competition. His findings on the same were published in 1931. Sadly, he was not recognized once again work following delayed publishing. The determined Roy never gave up. He published more of his work in the following years.

In 1933, his paper on International Economics was published. The next year in 1934, he published Doctrines of Imperfect Competition. This was such important work that took Roy to great heights of his career and made him famous.

In 1939, the World War II once again interrupted his life. He had to participate in the war and had little time for his researches. After the war, he continued with his research. His work, The Life of John Maynard Keynes’, was published later in 1951.

Meanwhile, he continued teaching economics in many institutions.  He retired from his job at Christ Church College in 1967. He then relocated to Halt, Norfolk along with his family. At Norfolk, he published other of his researchers including Money in 1969. The next year he also published Sociology, Morals and Mystery and Economic Dynamics in 1973.

Roy Harrod tied the knot with Wilhelmine Cresswell in 1938. The couple was blessed with two sons.

Roy Harrod breathed his last at Holt, Norfolk on March 8th, 1978. He was 78 years old at the time of his death.