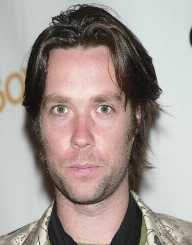 Rufus McGarrigle Wainwright is an American-Canadian musician. Born on July 22, 1973, has nine studio albums to his credit, some live albums, and several other songs on compilations and soundtracks for films. In 1998, he released a self-titled debut album under DreamWorks Records and followed it with the second album Poses in 2001.

He has since released several albums including Release the Stars, Rufus Does Judy at Carnegie Hall, Prima Donna and Take All My Loves: 9 Shakespeare Sonnets and several others.

Rufus Wainwright was born on July 22, 1973, in Rhinebeck, New York. He was born to singers Kate McGarrigle and Loudon Wainwright III. At the age of three, his parents divorced. Therefore he moved with his mother to Montreal where he grew up. His parents being singers, he also gained interest in music, and at the age of six, he began playing the piano. He received a high school education at the Millbrook School in New York. To perfect his piano skills, he briefly studied piano at McGill University in Montreal.

At the age of 13, Rufus Wainwright had already started touring with the folk group "The McGarrigle Sisters and Family" consisting of his mother, Aunt Anna and his sister Martha. He gained recognition and the needed attention when he wrote the song; I'm a-Runnin, at age 14. He performed the song in the film Tommy Tricker and the Stamp Traveler, earning him a nomination for the Genie Award for Best Original Song,1989 and Juno Award for Most Promising Male Vocalist of the Year in 1990. During this period, he gained interest in opera, and that would have a strong influence on his music. Wainwright also performed weekly at Café Sarajevo.

With the weekly performances in the club, Rufus Wainwright cut some demo tapes, and that would earn him a contract with the DreamWorks label. The executive of DreamsWorks, Lenny Waronker, had this to say, "When I was about to listen to his tape, I remember I was thinking, 'Gee if he has the mom's musicality and smarts, and the dad's smarts and voice, that'd be nice.' Then I put it on, and I said, 'Oh, my God, this is stunning.'" After the signing, he moved to New York City in 1996, where he became a regular performer at Club Fez.

That same year, Rufus Wainwright moved to Los Angeles, to prepare for his debut album. Waronker paired him with producer Jon Brion, and that resulted in his self-titled (Rufus Wainwright) debut album in 1998. The album was critically acclaimed, and Wainwright was named the Best New Artist of the Year by Rolling Stone. He also won the GLAAD Media Award for Outstanding Music Album and a Juno Award for Best Alternative Album. Nonetheless, the album was not commercially successful and did not chart.

Rufus Wainwright followed it with the second album Poses, released on June 5, 2001. Despite being critically acclaimed, it did not receive commercial success. The album won and a Juno Award for Best Alternative Album and GLAAD Media Award for Outstanding Music Album.

Other Albums And Works

In 2004, the album Wanted Two was released by DreamWorks in 2004 and an iTunes Session EP Already, Already: Live in Montreal in 2005. He came out with the fifth studio album Release the Stars in 2007 featuring artists like his sister Martha Wainwright, Richard Thompson, his mother Kate McGarrigle, Teddy Thompson and Joan Wasser among several others. Release the Stars peaked at No. 2 on the UK album chart and No. 23 on the Billboard 200.

Rufus Wainwright wrote the opera Prima Donna, which opened on July 10, 2009, at the Palace Theatre during the Manchester International Festival. It won a Dora Mavor Moore Award for Outstanding New Musical/Opera in June 2011. His other albums include All Day Are Nights: Song for Lulu, and Out of the Game among others.

Rufus Wainwright has featured in films and recorded several soundtracks for film. He made a cameo appearance in the UK comedy television program Absolute Fabulous in 2002. He also had roles in Tommy Tricker and the Stamp Traveller, The Aviator, and Heights. He has recorded soundtracks for films like Brokeback Mountain; I am Sam, Meet the Robinsons, Zoolander, Leonard Cohen: I’m Your Man and Big Daddy among others. The 2005 ballet 11:11 baller by Matthew Neenan was set on his music. He also wrote the score for Stephen Petronio’s dance production BLOOM. The dance was performed on April 22006 Joyce Theatre in New York.

Rufus Wainwright is a gay. He is married to German art administrator Jörn Weisbrodt since 2012. They have a daughter conceived Wainwright and Lorca Cohen in 2011. In an interview with Rolling Stone in 1999, Rufus McGarrigle Wainwright said his father knew about his homosexuality at a later stage. In another interview, he said "mother and father could not even handle me being gay. We never talked about it."

Rufus McGarrigle Wainwright was addicted to crystal meth that resulted in a temporary loss of vision in the 2000s. The addiction became severe in 2002, which he describes as "the most surreal week of my life."