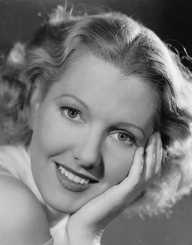 American actress and comedian Bea Arthur was born Bernice Frankel on the 13 May 1922 in Brooklyn, New York to Philip Frankel and Rebecca Pressner. She had two sisters Gertrude and Marian. When she was 11, the family moved to Cambridge, Maryland.

Bea Arthur was a pupil at Linden Hall School for Girls, a boarding school in Pennsylvania and later attended Blackstone College for Girls in Blackstone, Virginia.

During the war, Bea Arthur worked as a typist and truck driver in the United States Marine Corps Women’s Reserve.

After the war, Bea Arthur enrolled at the Dramatic Workshop of The New School in New York City where she studied under Erwin Piscator. She joined an off-Broadway theatre group and started acting at the Cherry Lane Theatre in the late 1940s. Early roles include roles in The Threepenny Opera (1954), Mame and Fiddle on the Roof (1964). In 1974, she appeared in the film version of Mame with Lucille Ball.

Bea Arthur's television break came when she was offered the role of Maude Findlay in All in the Family (1971). The success of this character led to her show, the award-winning Maude (1972-1978). In 1980 she was the host of The Beatrice Arthur Special, and she was also in the short-lived 1983 sitcom Amanda’s. She joined The Golden Girls in 1985, and the show ran for seven seasons. Over the years, she occasionally appeared in films, including Lovers and Other Strangers (1970), Mame (1974) and For Better or Worse (1995).

Bea Arthur frequently appeared on television including in Curb Your Enthusiasm where she played the role of Larry David’s mother. She was a guest star in Malcolm in the Middle and appeared on Broadway in Bea Arthur on Broadway: Just Between Friends.

The recipient of numerous nominations, Bea Arthur, was the 2001 winner of the American Comedy Awards, USA for the funniest female guest appearance in a TV series for Malcolm in the Middle (2000).

Bea Arthur was an AIDS activist as well as an animal rights campaigner.