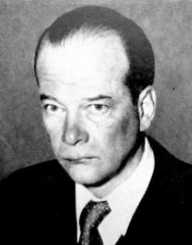 Wassily Leontief was the winner of the 1973 Nobel Memorial Prize in Economic Sciences, with his work on creating the input-output analysis.

Wassily Wassilyevich Leontief was born on 5th of August 1905. He was born in Munich, Germany to Russian parents Wassily Leontief and Zlata Becker.

Wassily Leontief father was a professor of Economics at a local University, while his mother was an art historian/ teacher.

The parents returned to St. Petersburg a year later and re-registered his birth there.

His mother and tutors homeschooled Wassily Jr. He was taught many subjects and languages.

Wassily Leontief was fifteen years old when he was accepted to the Leningrad University in 1921. He studied first philosophy; then he moved onto sociology before settling in economics. He graduated four years later, earning a degree of Learned Economist, equivalent to Master of Arts, in 1925.

An opposer of Communism, Wassily Leontief Jr. was detained a few times by the U.S.S.R. for supporting the independence of sciences, and freedom of speech. As the Cheka believed that he was dying from a sarcoma,

Wassily Leontief was allowed to leave Soviet Russia for Berlin. He then furthered his studies at the University of Berlin, under Werner Sombart, partnering with Ladislaus Bortkiewicz. After debating his subject

The Economy as Circular Flow in 1928, he received his doctoral degree.

While waiting for his thesis to be debated, Wassily Leontief worked in the Institute for World Economics, based at the University of Kiel in 1927 for three years.

During his employment at the University, he briefly went to China as an advisor for Ministry of Railroads in 1929. Wassily then moved to New York in 1931, working in National Bureau of Economic Research.

As a researcher, Wassily’s focus was on general equilibrium theory, or a way to understand economic system’s operation and structure, supported by statistical data. During his time in the National Bureau,

Wassily Leontief managed to compile his first input-output tables, showing how American economy worked from 1919 to 1929.

He then published his paper demonstrating its importance in 1936. Wassily’s first book was about his theory, The Structure of American Economy, published in 1941.

In 1932, Wassily Leontief moved onto Harvard University's Department of Economics. During World War II, he used his input-output system of analysis when he was a consultant to the U.S.  Department of Labor.

He also used the system as Chief of the Russian Economics Subdivision of the Office of Strategic Services, focusing on problems that arose during the shift of economy when the world became peaceful after the war.

After the war in 1948, Wassily Leontief founded and became director for the Harvard Economic Research Project, which focused on the input-output research structure of the American Economy. He remained in charge until 1973.

Wassily Leontiefbecame Professor of Economics at New York University in 1975, and founded Institute for Economic Analysis in the same year. He was the director of the Institute for ten years, also dedicating his time in the input-output analysis.

Wassily Leontief assisted in Soviet Russia’s transition from centrally planned economy to a market economy during the late eighties.

He became famous on economic reforms about Soviet Russia, as well as the development of the mechanisms to help transition the restructure.

Under Wassily Leontief guidance, Russia started the International Centre for Economic and Social Research in 1991, naming it Leontief Centre. Based in St. Petersburg.

Aside from his famous analysis, Wassily was also known for his studies in trade flow: Leontief paradox in International trade, and the composite commodity theorem. He wrote and co-authored many books, mainly on researches in economy sector.

Wassily Leontief was awarded Nobel Memorial Prize in Economic Sciences in 1973, for his input-output analysis. Wassily was also a member of around thirty- seven professional econometric societies, namely in America and Britain.

He was also awarded Doctor Honoris Causa from many Universities.

Wassily Leontief married poet Estelle Helena Marks in 1932, and the couple had a daughter: Svetlana Alpers. Svetlana is a Professor of the History of Arts at the University of California, Berkeley.

Wassily Leontief passed away on 5th of February 1999, in New York City, United States. He was ninety- three years old.