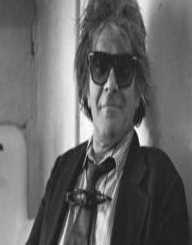 Gregory Nunzio Corso was an American citizen. He was a poet.

Gregory Nunzio Corso was born on March 26, 1930, in New York City, New York. His mother, Michelina Corso came from Miglianico, Abruzzo, Italy. She married Sam Corso, an Italian American at the age of 16. They lived near Bleecker and MacDougal in Italy. Sam Corso was a garment factory worker

Corso used ‘Nunzio’ in Italian circle and ‘Gregory’ with others.

Gregory Corso’s mother deserted him and left him under the care of New York child care home. Sam Corso shifted his son, Nunzio Corso, in an adoptive home.

His mother Michelina when she returned to New York from Trenton, her life was at stake. She returned to Trenton without taking her child with her. Sam had given Nunzio a lousy picture of his mother.

Nunzio spent eleven years in different adoptive houses. Sam did not care to visit him. In 1941, Sam took his son home to avoid conscription by the army.

Gregory Corso while running an errand to deliver a bread toaster to a neighbor, sold it to a stranger for money at the age of 13. He used the money to purchase a suit and tie to see a movie: The son of Bernadette. He was detained and put behind bars in The Tombs, New York’s notorious prison.

In 1944, when there was a snowstorm in New York, Gregory Corso escaped from the prison. He broke into his teacher’s office and slept for the night. He was detained for unlawful entry into a house and jailed again in Tombs. He was 14 at that time. Nunzio had a horrible experience and frightened. He was sent for psychiatric treatment in the Bellevue Hospital Centre and later let free.

On the previous day of his 18th birthday, Gregory Corso pilfered a bigger sized suit to celebrate his 18th birthday. He was arrested the next day and sentenced to 2–3 years in prison at Clinton State Prison in Dannemora, New York. It was here that Corso saw the electric chair.

The terrified Corso imagined that there would be sexual abuse, and invented a story about why he was sent there. He told the inmates of Clinton that he was the master planner for multifaceted crime and even used walkie-talkies. He was about to be sexually abused when he was 18 by the inmates but saved by Biello, a member of the powerful mafia gang. Corso was the youngest in prison and was hilarious.

Gregory Corso did some odd jobs like cooking, arranging tables and the like and made them laugh by his jokes, wisecracks. He learned to ski and taught the inmates also how to ski.

Corso occupied the same cell which Charles “Lucky” Luciano had just vacated. Luciano was helping from prison, the US government war-time efforts. So much so, the room had lighting and phone facilities. Luciano had bequeathed a large library to the prison.

Gregory Corso, lodged in the special cell, got encouragement from his mafia members to read and write, who had acknowledged his wisdom. He learned the Greek and Roman masterpieces. He even got command over encyclopedias and dictionaries.

He read such masterpieces as The Story of Civilization, Will and Ariel’s history and philosophy for acquiring general knowledge and theoretical superiority.

In 1951, Gregory Corso joined the Pony Stable Inn to work in the night shifts. In the daytime, he worked in a garment show-room. He was 21 at that time. The other women provided a table to Corso to write poetry. Allen Ginsberg, a Columbia College student, visited the Pony Stable Inn and thought Corso, a gay.

Corso showed Ginsberg the poetry he had written, most of them from his cell earlier. Ginsberg instantly thought that Corso as a gifted person.

In one of the poems, Gregory Corso had portrayed a woman who sunbathed in the window across the road from his room. The woman happened to be Ginsberg’s earlier friend. Ginsberg and Corso became friends.

Jack Kerouac and Allen Ginsberg, leaders of the Beat circle, encouraged Corso to write poetry. Corso thought poetry was the best way to change the course of society.

In 1954, Gregory Corso relocated to Cambridge. He spent most of his time in Harvard University Widener Library, studying classic poetry and audited Greek and Roman Classics. Being a poor person, Corso lived in a dormitory and used to dress up for dinner un-noticed. The members of Porcellian Club reported to the Harvard administration Corso as an imposter. Archibald MacLeish, Dean, with the intention of ousting, met Corso. Corso presented him his poems and MacLeish sympathized and permitted Corso to be a poet in residence.

Corso published his first poems in the Harvard Advocate in 1954. The Poets’ Theater performed his play – This Hung-up In Age - along with ‘Murder in the Cathedral’ by T.S. Eliot. Harvard students met the printing expenses of his first book, The Vestal Lady on Brattle and Other Poems. A biographer Carolyn Gaiser described Corso as an urchin Shelly.

Gregory Corso and Ginsberg moved to San Francisco. The revolutionary poets had planned to organize the famous Six Gallery reading. Allen Ginsberg and others presented their poems on October 1955 before an audience of 100 well-known poets. The program was a victory. Ginsberg and Corso went to Los Angeles visiting Henry Miller en route. Corso and Ginsberg presented their poems at L.A intellectuals.

Corso and Ginsberg then moved to Mexico meet Kerouac who was penning a novel, “Tristessa.”They stayed in Mexico for three weeks, and Corso left for Washington, DC to attend the Library of Congress at the invitation of Randall Jarrell and his wife, Mary. Corso became Jarrell’s poetic ward of Jarrell. Jarrell saw great potential in Corso’s work. Corso returned to New York after two months.

In 1957, Corso visited William S Burroughs and others in Tangiers.

Gregory Corso moved to Paris and stayed with Ginsberg in the Beat Hotel. William Burroughs and others joined them later. Here, Corso composed his poems Bomb and Marriage. Here, Corso completed his third volume of poetry: The Happy Birthday of Death (1960), Minutes to Go (1960).

Corso returned to New York in 1958 unaware that he and his friend had become well known evolving legendary figures. Corso met Ginsberg and Orlovsky. They traveled across many university and college campuses presenting their works.

He lived in Rome for many years and taught in Greece. He traveled extensively.

In 1969, Gregory Corso published a book, Elegiac Feelings American. The reviewers rated this as Corso’s best poem. In 1981, he published many poems written while in Europe entitled Herald of the Autochthonic Spirit.

Corso had an appearance in Godfather III.

Gregory Corso had no idea where his mother was. He was curious to find his mother’s tomb. Gustave Reininger, a filmmaker, tried to trace the place of burial. Strangely enough, Reininger came to know that Michelina was alive and lived in Trenton, New Jersey. Corso reunited with his mother in the film Corso: The Last Beat. Corso and his mother established relationship until death. Both loved gambling and spent holidays at casinos in Atlanta City.

During 1960, Corso married Sally November. She was an English teacher from Cleveland, Ohio and graduated from the University of Michigan. The couple had a child, Mirando Corso. The marriage was a failure. Corso married twice and had a son and a daughter. He became an addict to alcohol and narcotics.

Gregory Corso developed prostate cancer; He died on January 17, 2001, in Minnesota. On May 5, nearly two hundred people gathered at the English Cemetery in Rome, Italy to pay the last respects to Gregory Corso. His ashes were buried in front of his colleague Shelley and John Keats.