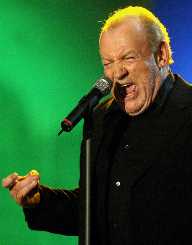 Joe Cocker was born on May 20, 1944, in Sheffield, England. His parents were Harold and Madge Cocker. He has one brother, Victor Cocker.

Joe Cocker loved music ever since he was a young boy. He started with playing covers of songs by popular bands, like the Beatles. He was also influenced by other music artists, Bryan Adams and Brian Johnson. Joe Cocker’s first gig was with the band he helped to form with three friends, The Cavaliers, in 1960. However, this band did not last long.

In 1968, the band released another single, a cover of the Beatles’ song, With a Little Help From My Friends. The cover made it to number one on the charts. However, The Grease disbanded after the single. Joe Cocker later reformed another band with the same name, but with different members. Some of his albums with this band are listed below.

Joe was known for his soulful music and well-done covers of classic pop and rock songs. He often left the covers of the songs sound better than they did before. Throughout his career, he was most popular with English audiences. He had a little fame in USA and Australia as well.

Joe Cocker has been credited with a combination of over 100 movie and television soundtracks. His songs were performed since 1969, and continue to be played in movies today. Some of the movies and television shows that played his films include Modern Romance, Miami Vice, The Love Letter, The Wire, Stars 80, and Bridget Jones’s Baby.

Joe Cocker earned a Grammy for his hit song, Up Where We Belonged in 1983.

He became a member of the Order of the British Empire, which was awarded by Queen Elizabeth II, because of his work with music.

Joe Cocker married Pam Baker in 1987. This couple has no children together, but Pam Baker did have a daughter from a previous relationship. His step-daughter also has two children, which he loved as his grandchildren.

Joe Cocker died from lung cancer on December 22, 2014, in Crawford, Colorado, USA.  He was 70 years old when he passed away.