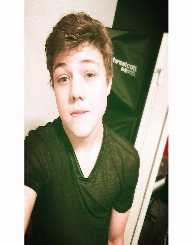 Reed Deming was born on the 6 February 1999, in Columbia, Maryland. His parents are Jane and Mitch Deeming. Mitch is a home builder, and Jane works in marketing. The couple has two sons; Reed and his brother Blake.

Reed Deming was noticed when he as an eleven-year-old, he was a finalist in the Simon Fuller’s Boy Band for the Next Generation search. He then Best Overall Performance at the Septien Entertainment Master’s Class competition at the House of Blues in Dallas. Inspired by bands such as Coldplay, One Republic and Maroon 5, Deming writes his songs. His lyrics have been described as containing a level of maturity way beyond his years. He is also a multi-instrumentalist.

Reed Deming signed with John Gomez of Silver Tongue Management in March 2012. Gomez arranged for Deming to audition for The X-Factor: Season 2. The show ran from 12 September 2012 to the 20 December 2012. It was the first time that Britney Spears was a judge. Deming was a popular contestant and generated a lot of interest. He as thirteen at the time and made it to the Top 24 overall and finished in the top six of the teen category.

After the success of The X-Factor, Reed Deming was asked to appear at the Big D NYE New Year’s Extravaganza (2012) in Dallas with Forever The Sickest Kids. The event drew a crowd of 35,000 and a large television audience.

Ridiculous a six-song EP was released in July 2013 on iTunes; it quickly rose to number nine. In 2014, he released Satellites on iTunes, and again, it was a success. Sunny came out on iTunes in 2015 and reached number eleven.

Reed Deming is also an actor and signed with Mitchell Gossett of the CESD Talent Agency to guide him through his options and choices in film television and theatre.

As a thirteen-year-old, Reed Deming finished Top 6 in The X-Factor: Season 2 in the teen category.